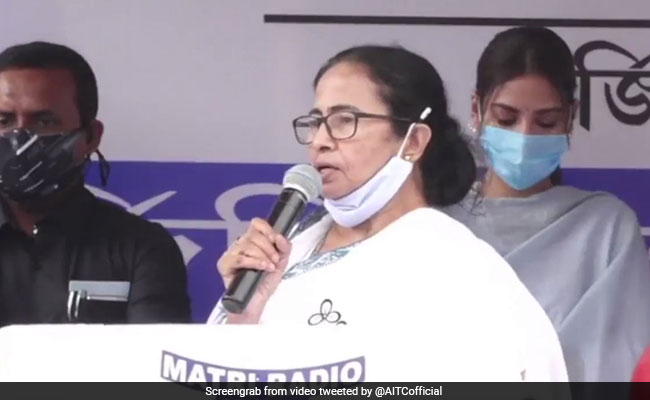 Bengal Assembly Election: Mamata Banerjee had been contesting polls from the Bhawanipore constituency.

West Bengal Chief Minister Mamata Banerjee on Sunday said she is contesting from Nandigram to work along with family members of those killed in the protests against land acquisition in 2007.

“On this day, in 2007, innocent villagers were killed in firing at Nandigram. Many bodies could not be found. It was a dark chapter in the history of the State. A heartfelt tribute to all those who lost their lives,” she tweeted.

”In memory of those who lost their lives in Nandigram, we observe March 14 as Krishak Dibas every year and give away the Krishak Ratna awards. Farmers are our pride and our government is working for their all-round development,” she said in another tweet.

In memory of those who lost their lives in #Nandigram, we observe March 14 as #KrishakDibas every year and give away the #KrishakRatna awards. Farmers are our pride and our government is working for their all-round development 2/3

”As a mark of respect and encouraged by my brothers and sisters of Nandigram, I am contesting Bengal Elections 2021 as an AITC candidate from this historic place. It is my great honour to be here and work along with members of Shaheed families against anti-Bengal forces,” she added.

In 2007, several villagers were reportedly killed and many others sustained injuries during a protest over land acquisition for a special economic zone (SEZ) in Nandigram in East Midnapore district.

The BJP fielded former TMC leader Suvendu Adhikari from Nandigram against Mamata Banerjee, setting the stage for a high-profile contest from the seat.

West Bengal is likely to witness a triangular contest this time with TMC, Congress-Left alliance and the BJP in the fray.

Elections to 294-member West Bengal Assembly will be held in eight phases starting from March 27, with the final round of voting taking place on April 29. The counting of votes will take place on May 2.