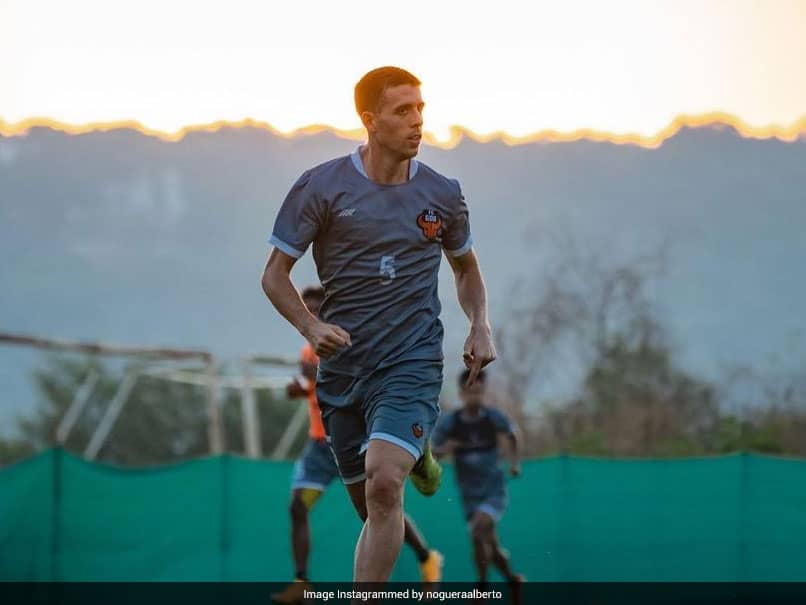 
The one-match suspension order handed out to FC Goa‘s Alberto Noguera, for deliberately pushing NorthEast United coach Gerard Nus in the ongoing Indian Super League (ISL), has been revoked by the All India Football Federation’s (AIFF) Disciplinary Committee on Saturday. “In his unconditional apology, Noguera stated, it was never his intention to cause any bodily harm or show any form of disrespect. The player mentioned, ”he was only trying to get the game started as soon as possible and the heat of the moment along the intensity of the game got the better of him,” ISL said in its official release.

The committee, after being satisfied with the video footage and Noguera’s explanation, decided to alter its decision. As a result, he is now eligible for selection in FC Goa’s next ISL game against Kerala Blasters FC on Sunday, December 6.

The AIFF body after scrutinising video clippings was convinced that Noguera, for no justified reason deliberately pushed NEUFC coach Nus.

The committee found the act to be most unbecoming and unsporting conduct, and ruled the Spanish player be suspended for one game immediately in accordance with the AIFF Disciplinary Code.

The club then requested the committee to review the incident and the subsequent decision, while providing new video material and a letter of apology from the player to the NEUFC coach.