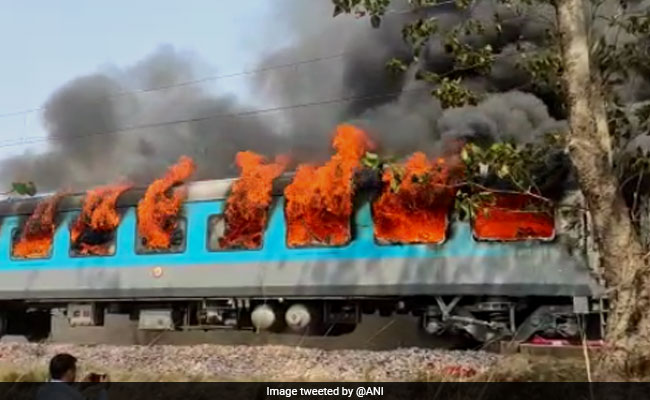 According to officials, coach C5 caught fire due to a short circuit.

One bogie of Dehradun-bound Shatabdi Express caught fire Saturday but no casualty was reported, police said.

The train’s bogie caught fire near Kasro railway station when it was coming from Delhi, Uttarakhand police chief Ashok Kumar said, adding no one, however, was killed or injured in the incident.

Railway officials in New Delhi said the fire broke out in coach C5 of the train due to a short circuit.

“Guard has informed that all passengers are safe and the fire brigade was informed. A total of 35 passengers in the coach were shifted and adjusted in other coaches. The train has departed for the destination,” the Railway officials said.