Forget No Filter, No Makeup. Manisha Koirala’s Selfie Has “Lots Of Filter” Because… – Unblendednews
Skip to content
Movies 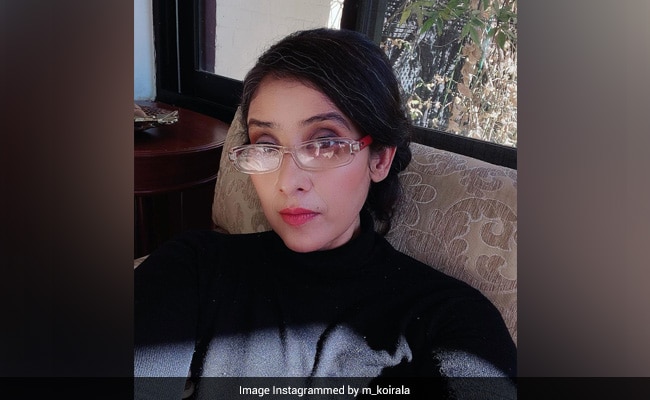 Actress Manisha Koirala shared a selfie on her Instagram profile on Friday but it doesn’t feature her no-makeup look. On the contrary, the selfie has “lots of filters” because “there are days for that! (her words, not ours)” The 50-year-old actress can be seen sporting make-up, a pair of specs and a black t-shirt in the picture, which she captioned: “Lots of filters and makeup and there are days for that!” with heart and laughing emoticons. Manisha Koirala’s Instafam flooded her post with comments like “looking very charming” and “quite simple and cute.” One of the users wrote: “You don’t need any filters. You are beautiful.”

Manisha Koirala, who was diagnosed with ovarian cancer in 2012, launched her autobiography – Healed: How Cancer Gave Me A New Life – on January 8 in Mumbai. She opened up about her ordeal with the cancer and emerging as a survivor in her book.

In 2019, the actress posted a picture of herself from the time when she was undergoing treatment for cancer and wrote about “second chances.” Her tweet read: “Forever grateful for second chance to life. Good morning, friends. This is an amazing life and a chance to live a happy and a healthy one.”

Forever greatful for second chance to life gm friends.. this is an amazing life and a chance to live a happy& healthy one pic.twitter.com/LzCL25mWVc

Manisha Koirala made her debut in Bollywood with the 1991 film Saudagar and went on to star in films such as 1942: A Love Story, Bombay, Akele Hum Akele Tum, Khamoshi: The Musical, Dil Se.. and Mann, to name a few.

Manisha Koirala was last seen in Netflix film Maska. Before that, she featured in films such as Prassthanam and Sanju.