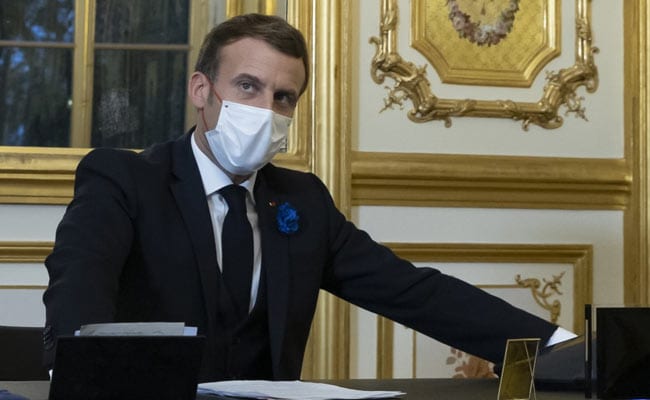 French President Emmanuel Macron is “very shocked” by images purporting to show a Black music producer being beaten up and racially abused by Paris police, BFM TV reported, quoting comments given to it by the presidency.

French authorities are investigating allegations that the music producer, who has given his identity as Michel, was assaulted and racially abused during a police check after CCTV footage of the incident was released.

The beating inside the entrance of a building was captured on closed circuit television and mobile phone footage which circulated online and was headline news on French TV channels.

The alleged attack on Michel risks inflaming racial tension with allegations of repeated police brutality against Black and ethnic communities at the forefront of many people’s minds after the death of Black American George Floyd in Minneapolis in May sparked the “BlackLivesMatter” movement.

Paris police had already faced criticism this week after social media photos and videos showed officers hitting protesters as they cleared out an illegal migrants campsite in a central Paris square.

The music producer told reporters he was jumped on by police at his studio in Paris’s 17th arrondissement on November 21.

He said he had been walking in the street without a face mask – against French COVID-19 health protocols – and, upon seeing a police car, went into his nearby studio to avoid getting a fine. However, he said, the police followed him inside and began to assault and racially abuse him.

Interior Minister Gerald Darmanin told France 2 television on Thursday that the officers would be sanctioned if the alleged wrongdoing was confirmed.

The incident occurred amid controversy over a draft law that would limit journalists’ ability to show images of French police officers at work. In response to protests and complaints from free expression advocates, the prime minister’s office said on Thursday it would set up an independent commission tasked with proposing a new version of the legislation.

Some “BlackLivesMatter” protests broke out in Paris in June, a month following the death of George Floyd after a white police officer knelt on his neck in the street for nearly nine minutes in the course of arresting him.

The outrage generated by Floyd’s death has resonated in France, in particular in deprived city suburbs where police often clash with youths from ethnic minority backgrounds.

The protests in Paris in June focused on unsolved cases of people dying during police operations, such as Adama Traore, who died in police detention near Paris in 2016.