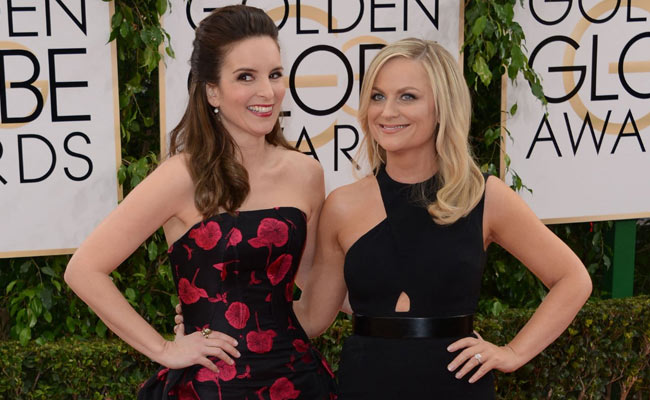 Usually a star-packed party that draws Tinseltown’s biggest names to a Beverly Hills hotel ballroom, this pandemic edition is being broadcast from two scaled-down venues on opposite coasts.

“Tina and I are hosting from two different cities — the technology is so great you will never tell the difference. It will be smooth sailing,” said Poehler, as they pretended to reach across to one another while appearing together on split-screen.

Essential workers and a few A-list presenters are among the few in attendance at the Beverly Hilton and the Rainbow Room, while nominees are expected to largely remain at home, accepting awards via videolink.

Deprived of its usual glamour, the Globes — which also honor the best in television — remain a coveted prize, and a high-profile source of momentum in the run-up to the season-crowning Oscars, which were pushed back this year to April.