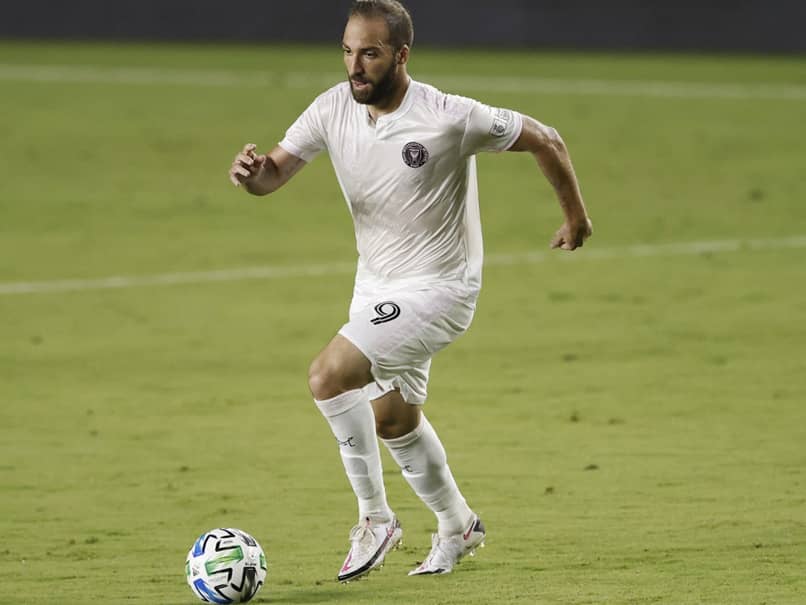 Gonzalo Higuain was ruled out of Friday’s game against Nashville after testing positive for COVID-19.© AFP


Inter Miami’s preparations for their Major League Soccer play-off debut were thrown into disarray on Friday after three players including star striker Gonzalo Higuain tested positive for Covid-19. The Miami Herald reported that former Real Madrid and Juventus forward Higuain and the Argentinian’s brother Federico had been ruled out of Friday’s game against Nashville along with defender Leandro Gonzalez Pirez. Two other reserve team Miami players had also tested positive for the coronavirus, US reports said. Miami would not confirm the identities of the individuals involved, saying only that three players were not “medically cleared” to face Nashville.

Miami, who are co-owned by former England and Manchester United star David Beckham, must win Friday’s one-off game with Nashville to advance to the opening round of the MLS Cup play-offs.

The Miami outbreak is the latest setback to the start of the MLS postseason. Earlier this week, Los Angeles FC confirmed four players — including forwards Diego Rossi and Brian Rodriguez — had tested positive for Covid-19.

Rossi and Rodriguez’s cases came with the duo on World Cup qualifying duty with Uruguay in Montevideo.

The cases come just days before LAFC face the Seattle Sounders next Tuesday in their opening postseason game.

Unlike the NBA, whose play-offs were held in a bubble with teams based at a single location in Orlando, Major League Soccer’s postseason is taking place with teams playing at their home venues throughout the United States.

The playoffs come as the United States faces an escalating Covid-19 crisis, with cases skyrocketing across the country.