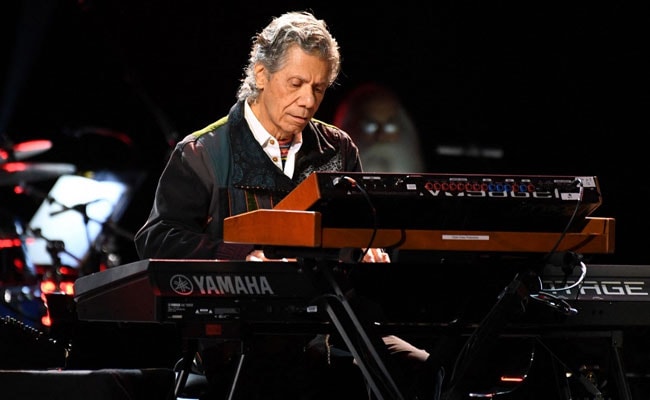 A file photo of Chick Corea performing at the 62nd Grammys. (Courtesy: AFP)

John Prine, the late American folk legend who was among his generation’s most influential songwriters, won two posthumous Grammys on Sunday after dying of coronavirus complications. John Prine – who died at the age of 73 last April, as the first wave of Covid-19 was sweeping much of the United States – won for his final tune I Remember Everything, for Best Roots Performance and Best Roots Song. The artist dubbed the “Mark Twain of American songwriting” last year received a Lifetime Achievement Award from the Recording Academy.

“We love and miss you, Dad,” said one of his sons via video chat as his family accepted the awards. Also celebrated with two posthumous Grammys was Chick Corea, the American jazz composer whose visionary fusion work stretched the traditional boundaries of musical genres.

Chick Corea – who died in February of a rare form of cancer – won for Best Improvised Jazz Solo and Best Jazz Instrumental Album. “He always said, ‘Go for it’,” said Gayle Corea, the pianist’s wife, who accepted the awards on his behalf.

“Don’t ever say you cannot do it,” she said, when asked in the virtual press room about Chick Corea’s legacy. “He’s with me — he’s on my shoulder right here. He’s with us in spirit.”