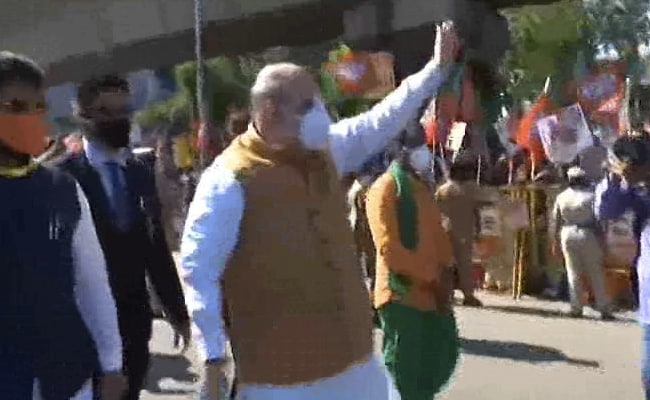 Union Home Minister Amit Shah on Sunday left for Delhi after launching various infrastructure projects worth over Rs 67,000 crore during his one day visit to the metropolis.

Deputy Chief Minister O Panneerselvam, his Cabinet colleagues including K A Sengottaiyan and P Thangamani gave him a warm send off at the airport here.

Mr Shah, who arrived here on Saturday afternoon laid the foundation stone for projects including the Rs 61,843 crore phase II of Chennai Metro Rail, elevated highway in Coimbatore at an estimated Rs 1,620 crore, a barrage across river Cauvery in Karur district and IOCL’s projects worth over Rs 3,000 crore. Later, the senior BJP leader also addressed his party office-bearers here at a hotel.

Elaborate security arrangements were made by police for the visit of Mr Shah, who is under Z-plus security cover.