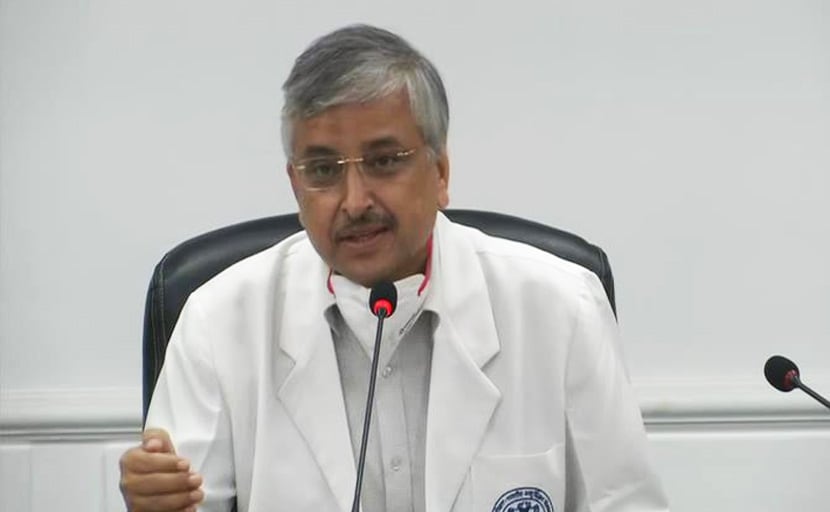 There is a “huge gap” in the demand and supply of human organs, Randeep Guleria said.

There is a “huge gap” in the demand and supply of human organs and tissues for transplant in the country, AIIMS Director Dr Randeep Guleria said today, adding that the myths prevalent in this domain must be busted to ensure that lives are saved by timely availability of vital body parts.

He was speaking during a webinar where the country’s largest paramilitary force — the Central Reserve Police Force (CRPF) — handed over a total of 79,572 organ donation pledges undertaken by its personnel to Union health minister Harsh Vardhan.

The country is observing the 11th Indian organ donation day on Friday.

Mr Vardhan urged people to come together for this noble cause, saying it was time for everyone to “bust the myths” and realise that the act of donating organs is not against “religion or religious customs”.

“There cannot be a bigger godly work than organ donation,” Mr Vardhan said.

Guleria said the AIIMS was working to “very soon” start a lung transplant programme even as it has facilities available for transplantation of heart, kidney, liver, pancreas, cornea, heart valve and bones.

The AIIMS chief said the premier medical institute at present has organ banks for eyes, heart valves, bones and “in future a skin bank will also be operational”.

“I am sure a time will come when there is no shortage (of donated organs) and people will not die while waiting for an organ,” he said.

The Union minister said India was moving fast in this domain over the last few years and occupies the third position in the world but still many people in the country die due to unavailability of organs.