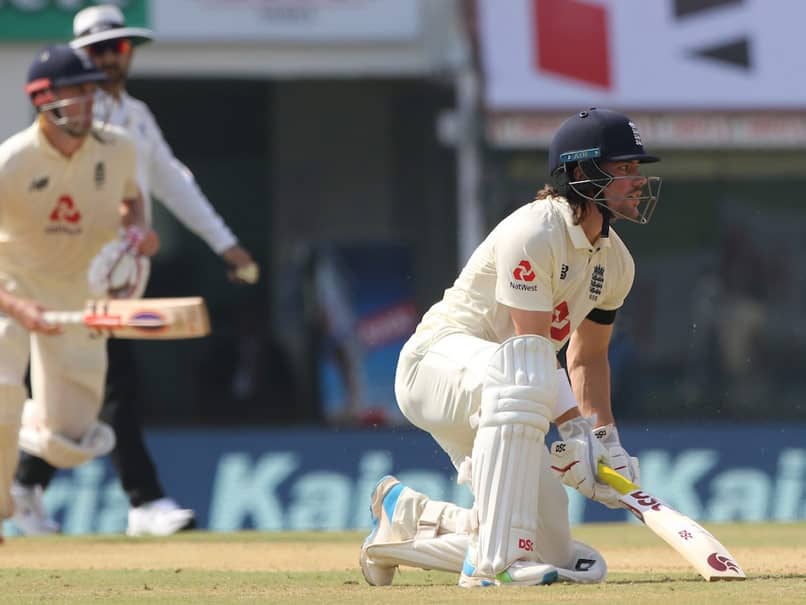 IND vs ENG: Rory Burns during the first Test match against India.© BCCI


England‘s team management has not reprimanded opening batsman Rory Burns for the late-night tweet he sent out to women’s player Alex Hartley following the Three Lions’ defeat in the third Test against India at the Narendra Modi Stadium. “Rory has not been reprimanded, merely spoken to by a member of team management. We recognise the influence high profile people have on social media, and have reminded Rory of his responsibilities,” an ECB spokesperson told ANI on Saturday.

Hartley, who has represented England in 32 games across all formats and she had tweeted as soon as the match between England and India‘s men’s team came to an end on Thursday.

“Nice of the England boys to get this test match finished just before England Women play tonight,” tweeted Hartley.

The women’s player had used clapping emoji alongside her tweet and opening batsman Burns took offence to that and he ended up replying: “Very disappointing attitude considering all the “boys” do to support the women’s game.”

However, Burns deleted this tweet of his just 45 minutes later, however, this tweet was liked by team-mates Ben Stokes and James Anderson.

Now, an ECB spokesperson has confirmed that Burns was indeed spoken to by the management and he has been asked to focus on the ongoing series.

India needs to either win or draw the last Test to stay ahead of Australia, who is in third place with 69.2 percentage points.