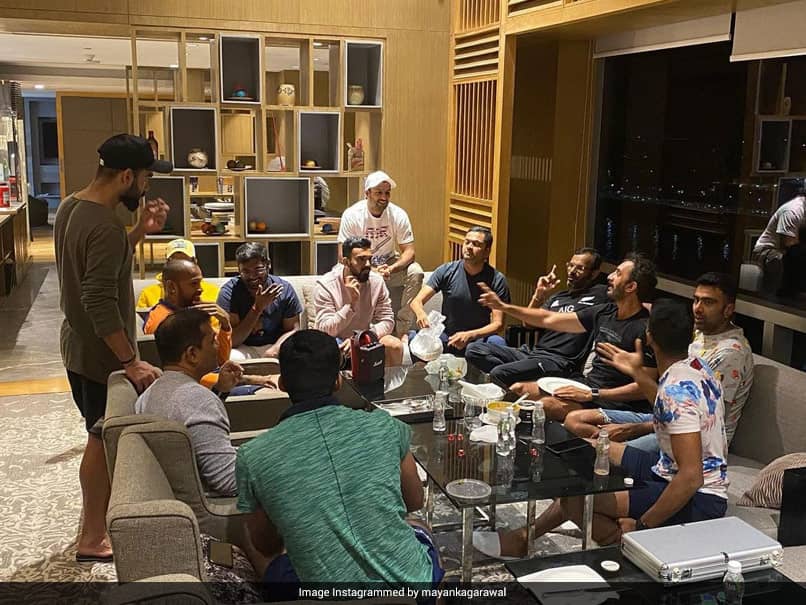 
With few extra days of rest, the Team India players are revitalising themselves for the fourth and final Test match against England. Mayank Agarwal, who is yet to play a match in the series, took to Instagram to share a photo, introducing fans to Team India’s “Mafia Gang”. Other than Ravichandran Ashwin and Mayank, the players present in the photo are skipper Virat Kohli, KL Rahul, among others. Taking to Instagram, Mayank captioned the photo as, “The Mafia Gang @rashwin99 the Mediator #bubblelife #indiancricketteam”.

The third Test match ended in two days, with India winning by 10 wickets. The hosts also took a 2-1 lead in the four-match series. The fourth Test match begins from March 4, at the Narendra Modi Stadium in Ahmedabad.

Due to coronavirus pandemic, players are forced to live in a bio-secure bubble which has led to them spending more with each other.

Ashwin, during a virtual press conference ahead of the fourth Test, revealed that without his family around him, living in bio-bubbles is very hard. He said that his family members were there with him during second half of the Indian Premier League (IPL) 2020 and the entire Australia tour.

He also said that with them spending more time in the bio-bubble, the bonding between the players has gotten even better.

“I think without them around it can be incredibly hard. Yes, we get larger hotel spaces. We do get our entertainment area. We bond much better. One thing that stands out is the fact that because of this bio-bubble the players are getting together more than ever. I think the team bonding has gotten better,” he said.