IND vs ENG: Ravi Shastri’s Takes A Joke On Himself “To Bring Some Smiles In These Tough Times” | Cricket News – Unblendednews
Skip to content
Cricket 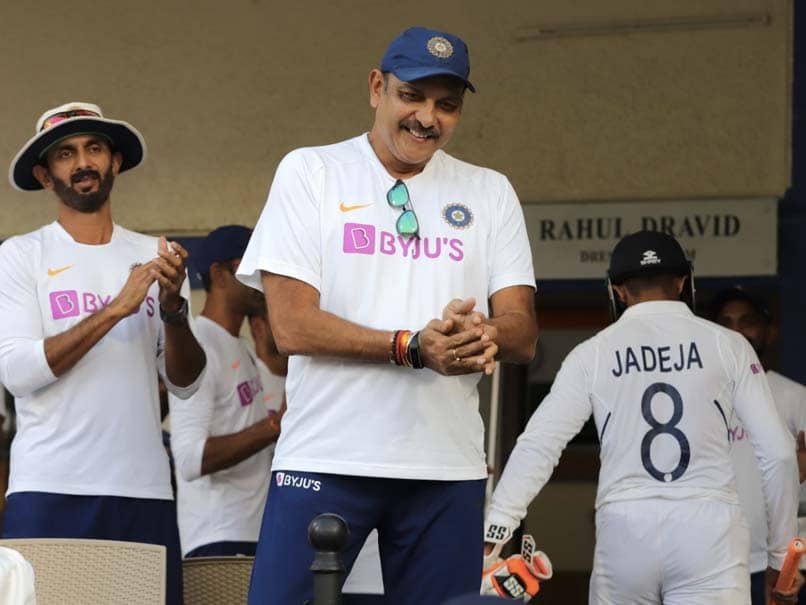 
India head coach Ravi Shastri engaged in some light-hearted banter on social media as he quote-tweeted a joke on himself “to bring some smiles in these tough times.” Shastri is with the Indian team in Ahmedabad for the ongoing four-match Test series against England. “Love the banter! Feels good to bring some smiles in these tough times,” tweeted Shastri. In the recently concluded third Test of the series, India beat England by 10 wickets inside two days. With this win, India took a 2-1 lead in the four-match series and knocked England out of contention for the World Test Championship final.

Love the banter ! Feels good to bring some smiles in these tough times https://t.co/mzPe5MtItj

India were trailing the series after losing the first Test in Chennai by 227 runs.

However, the hosts made strong comebacks in the following two Tests. India won the second Test in Chennai by 317 runs and the third in Ahmedabad by 10 wickets.

The pitch used in the Ahmedabad for the day-night pink-ball Test came under scrutiny after spinners picked up 28 of the 30 wickets that fell in the match.

While India captain Virat Kohli blamed poor application by batsmen on the pitch as the reason for a string of low scores – England made 112 and 81, India made 145 in first innings – former England cricketers Michael Vaughan and Alastair Cook were scathing in their criticism of the pitch.

Vaughan called India’s win “shallow” and added that India getting away with such “poor pitches” makes the International Cricket Council look “toothless.”

Cook said Kohli defending the Ahmedabad pitch was “a BCCI thing,” adding it was “nigh-on impossible” to bat on that surface.