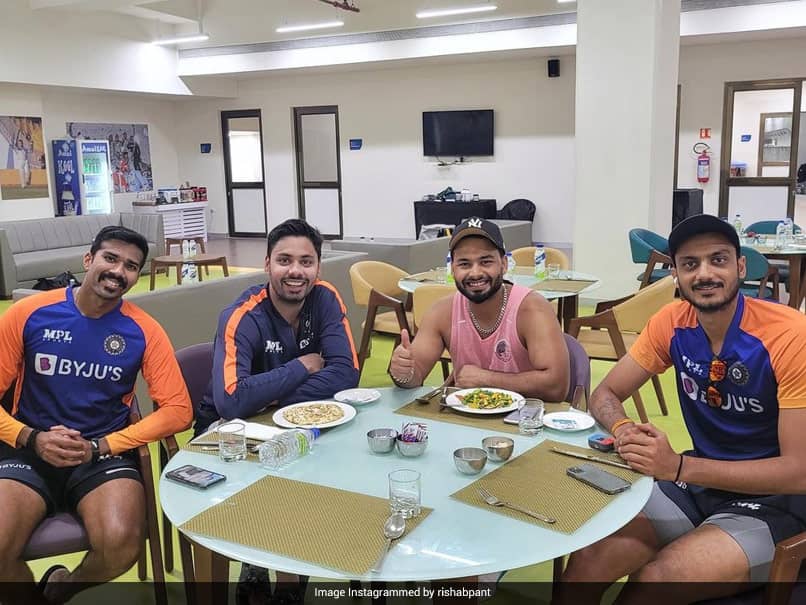 
Making the most of the spare time after the third Test against England finished in two days, India’s Rishabh Pant took to social media to share a photo with teammates and also shared with fans that the cricketers are working hard during the spare time. India defeated England by 10 wickets in the third Test match at the Narendra Modi Stadium in Ahmedabad. The hosts currently lead the four-match series 2-1 with one game to play. Pant posted a group photo with teammate Axar Patel and reserve players Avesh Khan and Sandeep Warrier.

The wicketkeeper-batsman captioned the photo as: “All smiles with the boys after an intense workout session. Making the most of the extra rest days with.”

Since his heroics in Australia, Pant has become India’s first-choice wicketkeeper, and he put in a top performance in the third Test match with the gloves.

He couldn’t really put in a show with the bat as he scored only one run in the first innings and didn’t get to bat in the second innings, with Indian openers wrapping up proceedings.

Meanwhile, Axar once again stole the limelight by picking 6 for 38 and 5 for 32 in the Test. It was Axar’s maiden 10-wicket haul in only his second Test match.

He made his Test debut in the second Test in Chennai where he bagged his first five-wicket haul.

The fourth and final Test match begins from March 4 and will be held in Ahmedabad. India need to avoid losing the Test to book their place in the World Test Championship final.