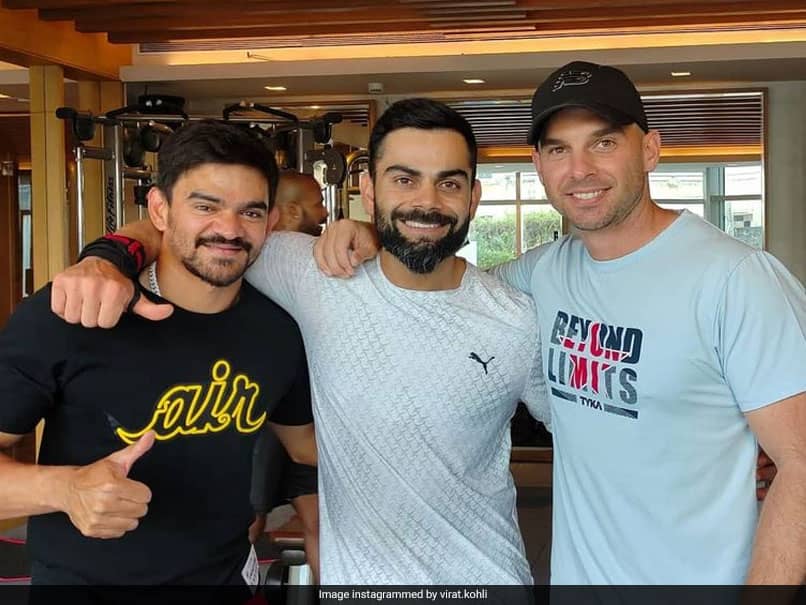 
India skipper Virat Kohli on Monday took to Twitter to share a picture with Team India’s strength and conditioning coaches Nick Web and Soham Desai. With only a few days left in the fourth and final Test match against England, the preparations are in full swing with players training in full throttle ahead of the series-deciding match in Ahmedabad. Kohli, in his caption, mentioned how these two people with their rigorous training routines “make life hard” for him in the gym. At the same time, the Indian skipper also pointed out that their efforts certainly make players’ life easy on the field. “The boys who make life hard in the gym but easy on the field @nick.webby @imsohamdesai,” read Kohli’s caption.

After losing the series opener in Chennai, India won the last two Test matches to take a 2-1 lead in the four-match series. With this the hosts also knocked out England from the World Test Championship final race. However, Team India’s chances of reaching the summit clash of inaugural Test championship lies on the outcome of the fourth Test, which starts on March 4.

India need to either win or draw the last Test match to enter the final, while a win for the visitors will make way for their arch-rivals Australia to advance to the final.

With so much at stake, the Indian players toiled hard in the net session and BCCI’s official Twitter handle shared a video where Kohli and his team members, including Rahane, Cheteshwar Pujara and Rohit Sharma, were all seen fine-tuning their skills ahead of the all-important game at the world’s biggest cricket stadium.