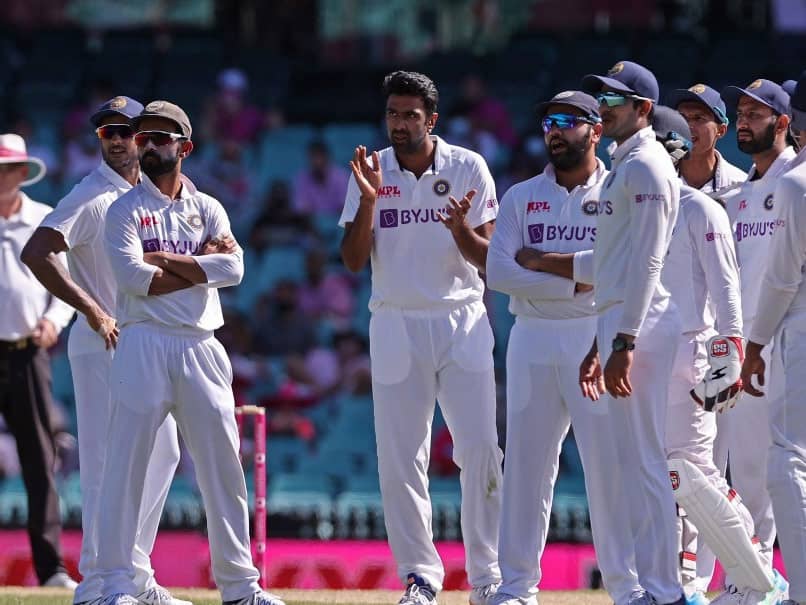 IND vs AUS Live: India celebrate a dismissal during the third Test match against Australia.© AFP


Australian bowlers and the batting duo of Marnus Labuschagne and Steve Smith have put the hosts in complete control of the ongoing third Test match against India at the Sydney Cricket Ground on Saturday. Australia finished Day 3 with a lead of 197 runs with eight wickets in hand. Labuschagne is batting on 47 while Smith is not out on 29. The hosts bowled India out for 244, taking an important 94-run lead in the first innings on a SCG surface that has occasionally started to keep low. India suffered injury blows on Day 3 as Ravindra Jadeja and Rishabh Pant were both taken for scans after being hit by bouncers. Reports suggest that Jadeja is expected to be out for two-three weeks with a broken thumb while Pant can bat if needed in the second innings at SCG. (LIVE SCORECARD)