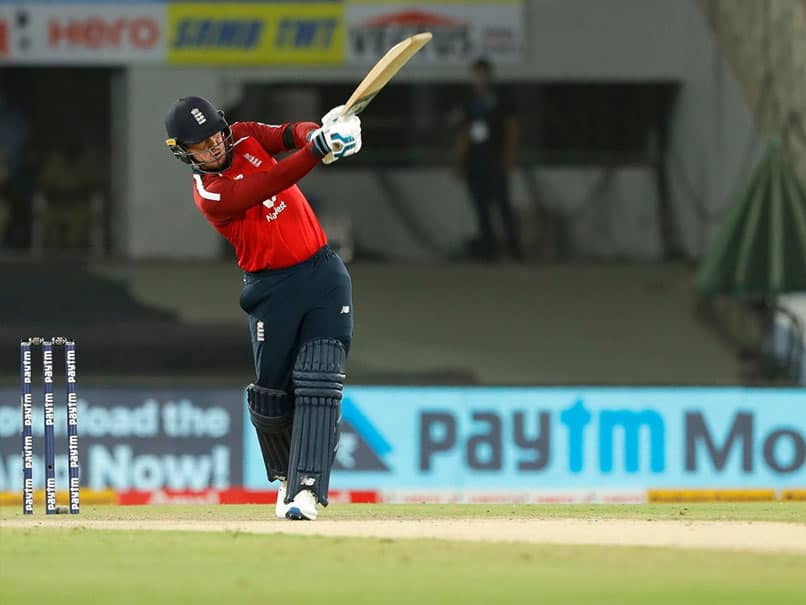 
In reply to a target of 125 runs, England are cruising past India during the first T20I of their five-match series, at the Narendra Modi Stadium in Ahmedabad. Jason Roy and Dawid Malan are currently batting for the visitors, and are adding more runs to the scoreboard. The visitors have lost a wicket, with Jos Buttler getting dismissed by Yuzvendra Chahal. England initially won the toss and elected to bowl. India could only muster 124 for seven in 20 overs, losing wickets at regular intervals. Shreyas Iyer registered a half-century, scoring 67 off 48 balls. For England, Adil Rashid, Mark Wood, Chris Jordan and Ben Stokes took a wicket each. Pacer Jofra Archer registered three wickets. Also, Rohit Sharma has been rested for India, with Shikhar Dhawan being given a chance in this match. Bhuvneshwar Kumar has also made his return to the squad after recovering from an injury. Meanwhile, England hasn’t selected Moeen Ali for the first T20I. (LIVE SCORECARD)