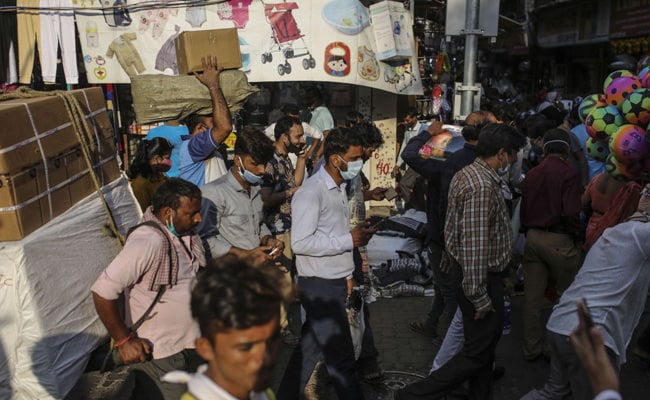 India will be worst-affected among the world’s major economies even after the pandemic wanes, with output 12% below pre-virus levels through the middle of the decade, according to Oxford Economics.

Balance sheet stress that had been building before the coronavirus outbreak will probably worsen, Priyanka Kishore, head of economics for South Asia and South-East Asia, wrote in the report. She projects potential growth for India at 4.5% over the next five years, lower than 6.5% before the virus.

“It’s likely that headwinds already hampering growth prior to 2020 — such as stressed corporate balance sheets, elevated non-performing assets of banks, the fallout in non-bank financial companies, and labor market weakness — will worsen,” she said. “The resulting long-term scars, probably among the worst globally, would push India’s trend growth substantially lower from pre-Covid levels.”

The contraction hasn’t deterred Prime Minister Narendra Modi from reiterating his target of making India a $5 trillion economy by 2025 from $2.8 trillion. While the government has announced a slew of measures to support growth, they have fallen well short of expectations to boost demand, leaving the central bank to do much of the heavy-lifting. A paper published by the Reserve Bank of India last week predicted Asia’s third-largest economy has entered a historic technical recession. Official data is due Nov. 27.

The International Monetary Fund predicts GDP will shrink 10.3% in the year to March 2021 as Modi’s sudden lockdown paralyzed activity. While a sharp rebound is forecast as economic activity resumes, there are lingering scars. 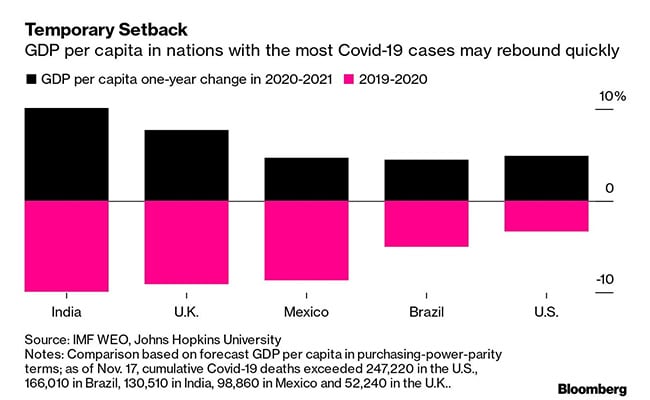 HSBC Holdings Plc said India’s potential growth could drop to 5% in the post-pandemic world from 6% on the eve of the outbreak and more than 7% before the global financial crisis.

“All supply-side factors feel the effect, with only human capital’s contribution unchanged from the pre-virus baseline,” Kishore said. “Capital accumulation takes the biggest hit because we expect balance-sheet stresses to worsen following the crisis, lengthening the investment recovery cycle.”