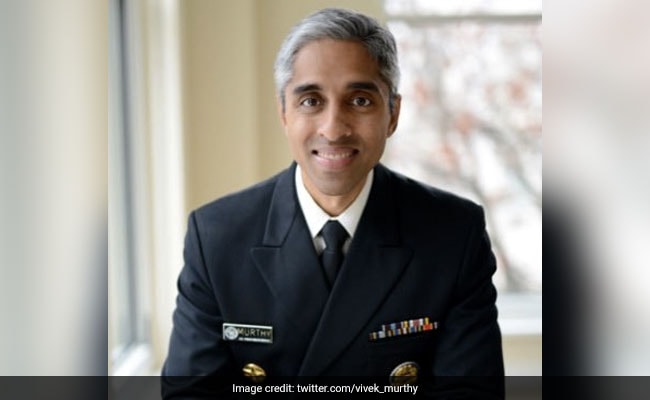 Two eminent India-Americans, including former US Surgeon General Vivek Murthy, are among the potential Cabinet picks in the next Biden-Harris Administration, according to media reports.

Mr Murthy, who currently is the top Indian-American advisor to President-elect Joe Biden on COVID-19, is a potential pick for the post of Secretary of Health and Human Services, while Stanford University Professor Arun Majumdar may get the post of Secretary of Energy, The Washington Post and Politico said in their reports on Tuesday that mentions a list of potential picks for various Cabinet-level positions in the Biden administration.

Mr Murthy, 43, is currently one of the co-chairs of the COVID-19 advisory board of the transition. He has been a close associate of Mr Biden on coronavirus issues.

Similarly, Mr Majumdar, a professor of mechanical engineering at Stanford who served as the first director of the Advanced Research Projects Agency-Energy, has been a top advisor to Mr Biden on energy related issues, the reports said.

“The office, which is an incubator for nascent energy technologies, has enjoyed bipartisan support in Congress, which may bode well for his chances of being confirmed by the Senate,” reported The Washington Post.

Mr Murthy was one of the public health experts who briefed Biden frequently about the pandemic during the campaign, the reports said.

Mr Murthy became the 19th US Surgeon General at the end of 2014, slightly more than a year after his nomination by President Barack Obama.

His nomination had been held up in the Senate for just over a year, largely because of his view that gun violence poses a public health threat.

During his tenure, he issued a landmark report on drug and alcohol addiction, calling it “a moral test for America” and placing it among reports his predecessors had produced to draw attention to other major public health threats, such as tobacco use, AIDS, the need for physical activity.

Since leaving the government, he has written and spoken out about loneliness.

He was a vice admiral in the US Public Health Service’s commissioned corps and is trained in internal medicine.

Mr Majumdar is the Jay Precourt Provostial Chair Professor at Stanford University, a faculty member of the Departments of Mechanical Engineering and Materials Science and Engineering (by courtesy) and co-Director of the Precourt Institute for Energy, which integrates and coordinates research and education activities across all seven Schools and the Hoover Institution at Stanford.

He is also a faculty in Department of Photon Science at SLAC.

In October 2009, Mr Majumdar was nominated by President Obama and confirmed by the Senate to become the Founding Director of the Advanced Research Projects Agency – Energy (ARPA-E), where he served till June 2012 and helped ARPA-E become a model of excellence and innovation for the government with bipartisan support from Congress and other stakeholders.

After leaving Washington, DC and before joining Stanford, Mr Majumdar was the Vice President for Energy at Google, where he created several energy technology initiatives, especially at the intersection of data, computing and electricity grid.

President-elect Joe Biden has said that his Cabinet would be the most diverse ever.