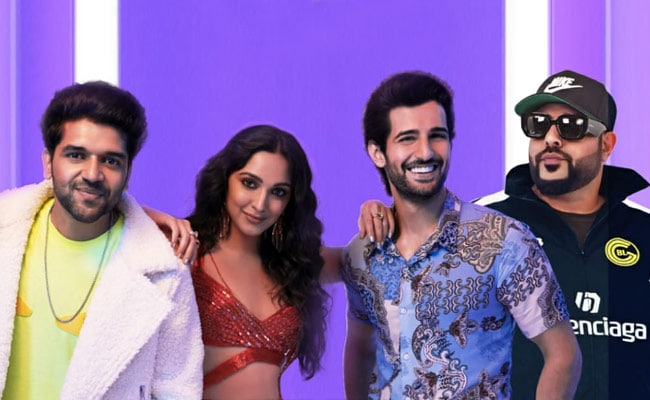 While both Guru Randhawa and Badshah are game changers in the Punjabi pop music scene, it is for the very first time that Guru Randhawa features in a track that isn’t written, composed or sung by him. Instead, he now steps in for this special song composed and written by close friend Badshah.

Heelein Toot Gayi, is a peppy dance track with vocals by Badshah and Aastha Gill. The fun, stylized video with exciting looks and concept features Guru Randhawa, Kiara Advani and Aditya Seal in what can only be described as the ultimate party anthem this wedding season.

Says T-Series head Bhushan Kumar, “This song is everything you need for a promotional track that has a potential to become instant hit. Guru Randhawa raps to Badshah’s tune and he is accompanied by Kiara and Aditya, that coupled with great music and a fun music video truly makes this a gem of a party song.”

Shares popular singer-rapper Badshah, “Heelein Toot Gayi is an up-tempo, peppy song for the wedding season. I’ve known Guru for the last 10 years and admire him. I’m a fan of his and I’m proud of him. We have been trying to collaborate and this is how it started. I am really happy that he is featuring in my song, with my vocals. Fingers crossed; very soon we two will collaborate for a song.”

Echoing the sentiment adds Guru Randhawa, “This is the first time I am featuring in a song that I have neither sung, written or composed. It is Badshah bhai’s track that I immediately liked when I heard it. This track will catch on to the girls, especially at weddings. The entire shoot was fun with Kiara and Aditya Seal. Thanks to T-Series and Bhushan sir, I am, for the first time, featuring in a song which will be different for my audience and they will see me grooving to different lyrics by bad-boy-shah!”