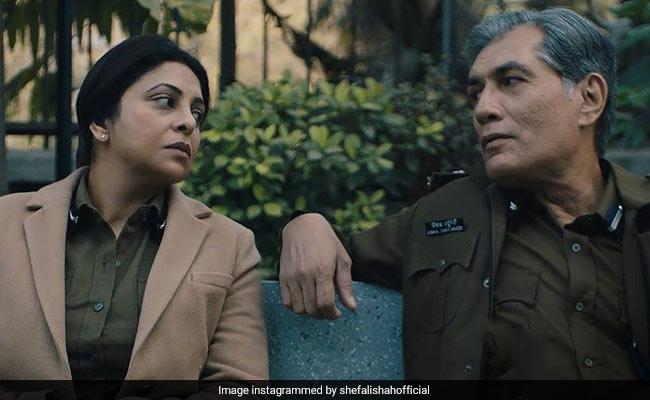 The 48th International Emmy Awards this year was quite an eventful one for India. Netflix’s Delhi Crime won the Best Drama Series award. In the series, directed by Richie Mehta, Shefali Shah plays the role of a Deputy Commissioner of Police, who is tasked with finding the culprits of the horrific 2012 Delhi gang-rape and murder. Actor Arjun Mathur was nominated for the Best Actor category for his performance in the Prime Video’s original Made In Heaven (the award went to actor Billy Barratt for Responsible Child). That’s not it. Prime Video’s Four More Shots Please was nominated for the Best Comedy Series. The award was won by Ninguem Ta Olhando (Nobody’s Looking).

Due to the coronavirus pandemic, the awards were held virtually for the first time in the history of International Emmys. TV, film and stage actor Richard Kind hosted the ceremony live from an empty theatre in New York City, with no live audience and red carpet.

Last year too, several television shows from India were nominated in several categories. Netflix’s Lust Stories and Sacred Games were nominated respectively for The Best TV Movie/Mini-Series and The Best Drama Series awards. Sadhana Subramaniam’s Witness: India’s Forbidden Love and The Remix were in the running for the Best Documentary and the Best Non-Scripted Entertainment awards, respectively. Radhika Apte was up for the Best Actress award for her role in Lust Stories.