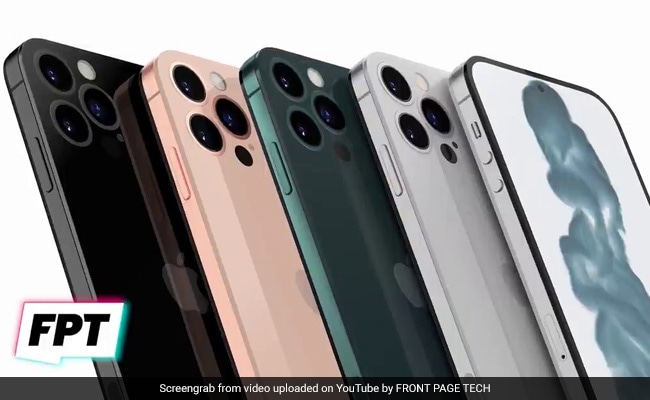 Jon Prosser revealed details of the iPhone 14, which will be launched next year.

The iPhone 14 is supposed to launch a year from now, but Twitter users were recently surprised to see it trending on the microblogging platform. Less than a week before Apple is slated to announce its iPhone 13 series, noted tipster Jon Prosser revealed details about the iPhone 14 and shared renders of it. According to renders provided by Mr Prosser, the iPhone 14 will have an all-new titanium design, a big shift from aluminum. He also claims that the iPhone 14 will get rid of the notch completely and feature a punch hole camera. “Don’t buy iPhone 13!” the tipster advised while sharing the first look of next year’s iPhone.

Many on Twitter were confused to see iPhone 14 trending

Iphone 14 is trending? Did we just skip 13 altogether? pic.twitter.com/I2LVg2v1Af

iPhone 13 hasn’t even been officially announced and ya’ll are like…. bUt iPhOnE 14 rUmOrSss pic.twitter.com/QVt7PNwl2T

my iphone 7 when the iphone 14 drops pic.twitter.com/lDIMyw8gCp

My iPhone when the iPhone 14 releases pic.twitter.com/z5opqf6KKr

Here’s a look at some more memes on iPhone 14:

Apple addicts when they hear leaks about the iPhone 14 pic.twitter.com/PR3emEai5M

* iPhone 14 trending *
People debating whether Apple is going to skip iPhone 13.
Me who is still using 8 plus:#iPhone14pic.twitter.com/GnJH4vVwrW

how i feel using my iphone 8 while everyone else is already onto the iphone 14 pic.twitter.com/F6dV0yclIC

The iPhone 13 launch event will take place on September 14. Earlier reports suggest that the entire iPhone 13 lineup is speculated to have the Light Detection and Ranging (LiDAR) scanning technology that Apple previously offered on iPhone 12 Pro and iPhone 12 Pro Max.

Ahead of the launch event, Apple has started teasing iOS 15 features via notifications through the Tips app. The notification reportedly reads, “See what’s coming in ‌iOS 15‌. Learn about new features that will help you stay connected and find focus.”