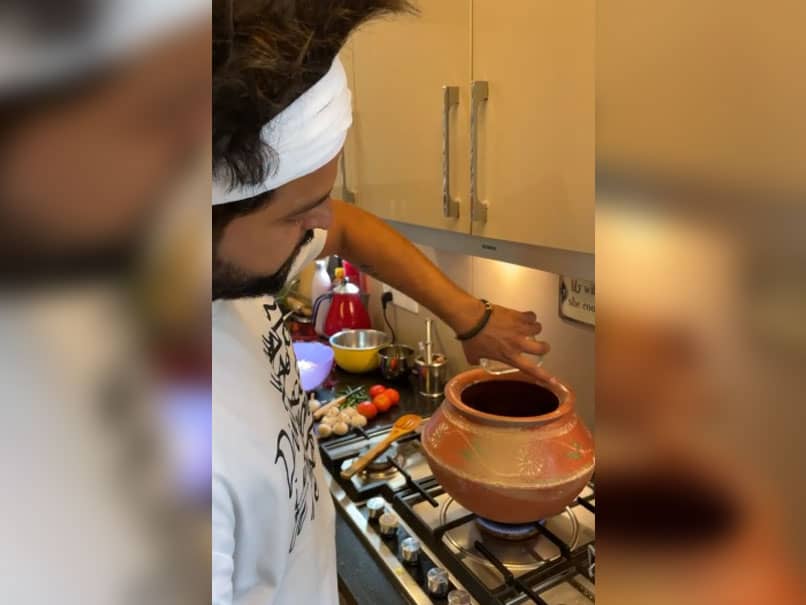 
The banter between Indian cricketers is famous on social media; be it on Twitter, Facebook or Instagram. In the latest incident, Suresh Raina took to Instagram to share a video of him cooking in his kitchen, which led to Irfan Pathan joining the banter bandwagon! “Bro mere liye bacha hai??,” commented Pathan on Raina’s post, which was liked by hundreds of fans with plenty of replies. Raina had captioned his video as, “Cooking in winters has its own charm. #cooking #myfavorite #hobby”.

In the video, Raina can be seen chopping onions. He has a homely look, with a white t-shirt and a white headband. The dish was being made in a matka cooking pot. Also, a letter plate on his counter wall caught the attention of his fans. It said, “My wife dresses to kill, she cooks the same way”.

Since pulling out of Indian Premier League (IPL) 2020, Raina has taken a break from cricket, as shown by his social media posts. The 33-year-old has been posting photos with his family and has also been working on his fitness.

Raina had travelled to United Arab Emirates (UAE) for IPL 2020, but returned back to India abruptly. Media reports alleged that it was due to a fallout about a hotel room in Chennai Super Kings’ (CSK) bio-secure bubble. Later, Raina denied those allegations in an interview with NDTV. He stated that it was a personal decision.

Other than Raina, even CSK’s Harbhajan Singh pulled out. CSK had a poor season, winning six games, and losing eight matches.