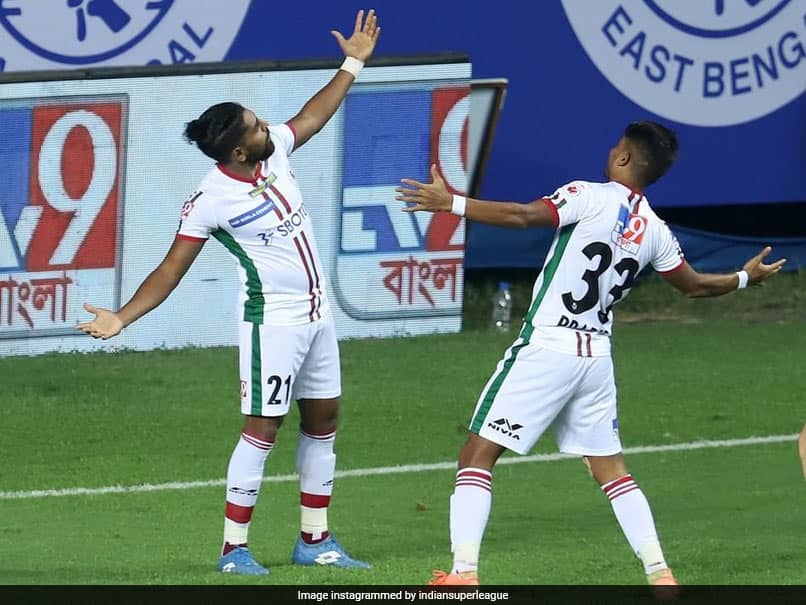 
ATK Mohun Bagan defeated arch-rivals SC East Bengal 2-0 in the Indian Super League’s (ISL) first-ever Kolkata derby on Friday, and head coach Antonio Lopez Habas was pleased with his team’s performance in a match of great importance. Goals from Roy Krishna (49”) and Manvir Singh (85”) ensured the Mariners continued their unbeaten run in the tournament. “I am satisfied because the team played hard. It was a fantastic performance with a lot of effort and I’m very happy,” said Habas at the post-match press conference.

“I think we deserved to win because we were superior to our opponents tonight,” he added.

SC East Bengal, however, appeared the better of the two sides in the first half, enjoying a lot of possession. Habas agreed his team didn’t play as expected in the first 45 minutes of the game.

“In the first 45 minutes maybe we weren’t on a fantastic level but we kept the score 0-0. The match is a game of 90 minutes and after the match, it was 2-0 for us,” the coach said.

The second half was a totally different affair for ATK Mohun Bagan and with a little luck, they could have scored more goals. Habas defended his team on the matter.

“In football, it’s impossible to score all the chances but I am happy with the score,” said Habas.

It was ATK Mohun Bagan’s second win in as many games. In their first game, they had beaten Kerala Blasters FC 1-0.