Jacqueline Fernandez’s Childhood Pic Gets A Whole Lot Of Love From Preity Zinta, Yami Gautam And Other Celebs – Unblendednews
Skip to content
Movies 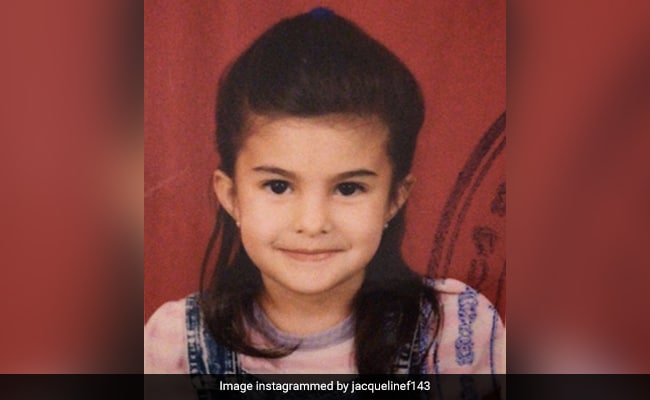 Jacqueline Fernandez made a trip down memory lane and shared an amazing blast from the past on her Instagram profile on Friday. Jacqueline’s picture is from her childhood that was clicked for what appears to be a document. In the throwback picture, Jacqueline Fernandez looks beyond adorable in a blue and white outfit. Her photo became an instant hit among her friends from the industry, as well as her fans. Preity Zinta, in the comments section of the Drive actress’ post, wrote: “So cute” while Yami Gautam, who will co-star with Jacqueline in Bhoot Police, commented: “How cute!” Maniesh Paul wrote: “Cutie” and Urvashi Rautela commented: “Wow.”

Take a look at Jacqueline Fernandez’s post, which she captioned: “It’s the weekend”:

Jacqueline trended big time on social media last December after she shared a picture from her workout diaries. The actress, who can be seen sporting a black gym outfit and clicking a mirror selfie in the picture, captioned the post: “They tell you to be yourself and then they judge you! #chooseyourself.”

BTW, did you see the post that Jaqueline Fernandez shared on Salman Khan’s birthday? It’s hilarious. Check it out here:

In terms of work, Jacqueline Fernandez made her debut in Bollywood with the 2009 film Aladin. She went on to feature alongside Salman Khan in several films like Kick and Race 3. The duo will once again collaborate for Kick sequel. The actress has also starred in films such as Murder 2, Race 2, Housefull 2, Housefull 3, Judwaa 2, Brothers and Saaho.