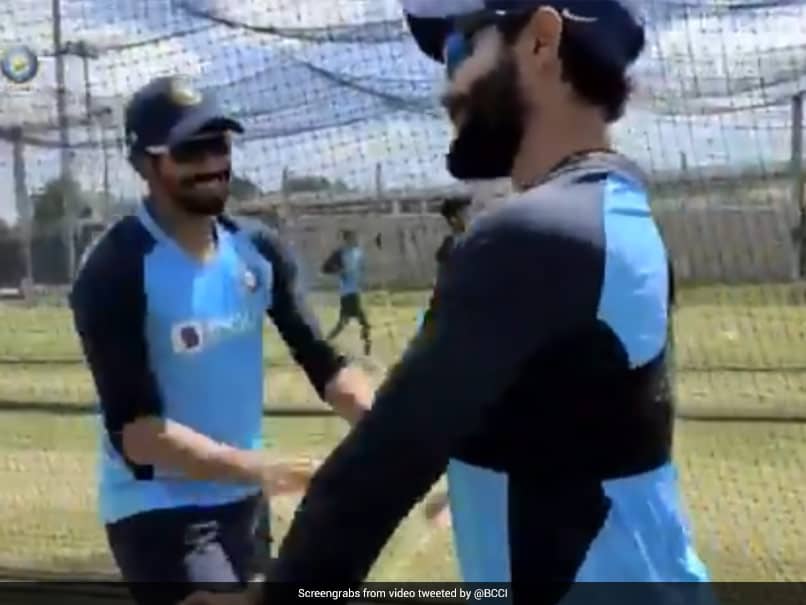 
Jasprit Bumrah has one of the most unique run-ups and bowling actions in the world. But how would it look, if after his run-up, he bowled left-arm offspin? It was on display as the Board of Control for Cricket in India (BCCI) shared a video where Ravindra Jadeja and Jasprit Bumrah are seen copying each other’s actions in the nets. Prithvi Shaw also stars, mimicking both the bowlers. “Whose bowling actions are @Jaspritbumrah93, @imjadeja and @PrithviShaw imitating?” the BCCI wrote in their tweet.

While Ravindra Jadeja tries to copy Bumrah’s run-up but finishes with his left-arm off-spin, Bumrah does a better job at imitating the all-rounder.

Bumrah successfully copies Jadeja’s run-up and then goes through with a left-arm delivery.

Bumrah, Jadeja and Shaw are currently in Sydney with the Indian Cricket Team, serving out their quarantine period ahead of their two-month long tour of Australia.

The tour starts with a three-match ODI series beginning on Friday. The two teams will play two ODIs in Sydney and the third match in Canberra.

The 50-over affair will be followed by the T20 International (T20I) series, which will again see one game in Canberra and two in Sydney.

The tour will conclude with the four-match Test series, starting with the day-night Test in Adelaide. The second match will be the Boxing Day Test at the Melbourne Cricket Ground, followed by matches in Sydney and Brisbane.