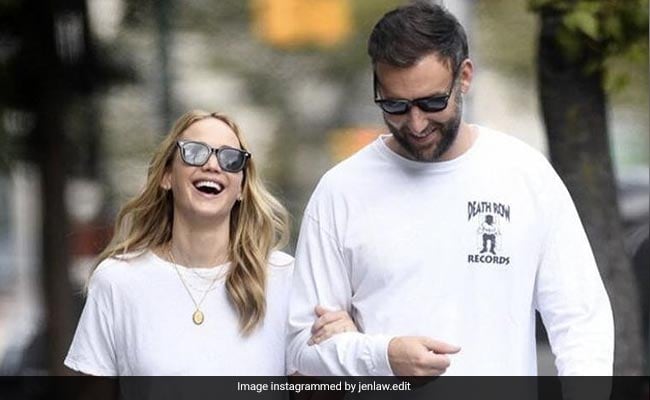 Jennifer Lawrence is pregnant, reports international media. The actress and her husband Cooke Maroney are expecting their first child together, a rep told People. The dating rumours of the Academy Award-winning actress and Cooke Maroney first surfaced in June 2018. Jennifer Lawrence got engaged to the art dealer in February 2019. The couple got married in October 2019 in Rhode Island. They had hosted a wedding reception for 150 guests, which included celebrity friends Adele, Amy Schumer, Kris Jenner and Emma Stone to name a few

Jennifer Lawrence’s next project is Don’t Look Up, the teaser of which released recently. Written and directed by Adam McKay, the film boasts of a super impressive star cast that includes Hollywood A-listers Meryl Streep, Leonardo DiCaprio, Cate Blanchett, Timothee Chalamet, Jonah Hill, Ariana Grande, Tyler Perry, Ron Perlman and Kid Cudi. Don’t Look Up is slated to open in select screens on December 10 after which it will stream on Netflix from December 24.

Back in 2019, on a podcast show NAKED With Catt Sadler, Jennifer called Cooke Maroney “the greatest human being” she’s ever met and said: “I just met Cooke and I wanted to marry him. We wanted to marry each other. We wanted to commit fully and you know, he’s my best friend. I feel very honored to become a Maroney.”

Jennifer Lawrence is the star of hit films such as X-Men: Days of Future Past, Joy, American Hustle, Winter Bone’s, Red Sparrow, the Hunger Games series of films and of course Silver Linings Playbook, for which she won the Academy Award.