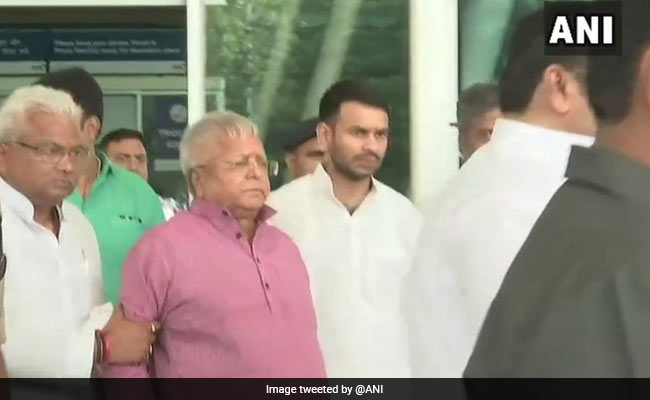 The Jharkhand High Court on Friday pulled up the authorities for transferring jailed RJD president Lalu Prasad to the director’s bungalow of a Ranchi hospital from its paying ward last year without consulting higher authorities, and observed that the government is governed by law and not by any individuals.

Lalu Prasad, who was convicted in fodder scam cases, was undergoing treatment in the Rajendra Institute of Medical Science (RIMS) for multiple ailments.

The former Bihar chief minister was in August 2020 transferred from its paying ward to the director’s residence, which was known as Kelly Bungalow and was vacant at that time, to protect him from exposure to coronavirus.

He was brought back to the paying ward on November 26, following an allegation that he, violating jail manuals, called up a Bihar BJP MLA seeking his help in defeating the NDA candidate for assembly Speaker’s post.

During the hearing of a case involving Lalu Prasad’s alleged violation of jail manual, the bench of Aparesh Kumar Singh said that if the RJD chief ran the risk of being infected by COVID-19, the RIMS management should have first informed the prison authorities.

A jail officer would have then decided where to shift Lalu Prasad, the bench said and asked why the RIMS management was in such a hurry to transfer him to the Kelly Bungalow.

The court said the RIMS management did not clarify in its affidavit what other options were considered before Lalu Prasad was shifted to the directors bungalow and why that bungalow was chosen.

The bench observed that the government is governed by law and not by any individuals.

In a report placed before the bench on Friday, the inspector general (prison) submitted that the hospital transferred Lalu Prasad to the bungalow as a measure to protect him from COVID-19.

It said that there is no clear provision in the jail manual on how to provide security to an inmate and what facilities he or she would get if the person is shifted out of a prison for treatment.

The government is now making changes to the prison manual and a standard operating procedure (SOP) is being prepared to include such situations, the report said.

The bench asked the government to complete the work by January 22.