Jug Jugg Jeeyo: Neetu Kapoor, “Back On Set After Years,” Is “Feeling A Little Scared.” Read Her Post – Unblendednews
Skip to content
Movies 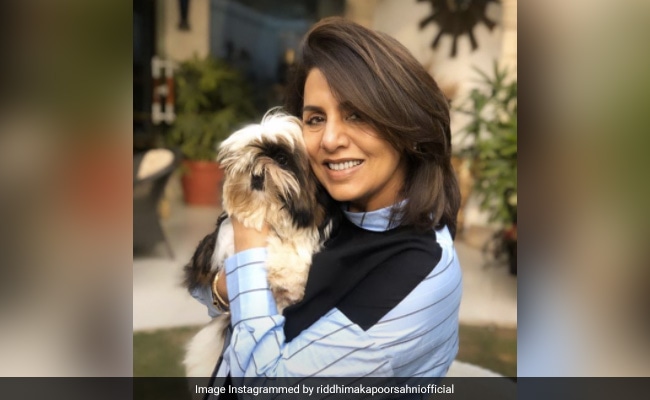 Anil Kapoor and Neetu Kapoor kicked off the filming of their new project titled Jug Jugg Jeeyo on Monday. On the first day of the shoot, Neetu Kapoor wrote about working on sets after years and expressed that she’s “feeling a little scared.” In an Instagram post, the actress remembered her late husband, actor Rishi Kapoor, and wrote: “Back on set after so many years. To new beginnings and the magic of the movies. I feel YOUR love and presence. From mom, to Kapoor Sahab, to Ranbir always being with me… now I find myself all by myself, feeling a little scared, but I know you are always with me.” She posted a picture of herself getting ready for shoot. Neetu Kapoor was last seen alongside Rishi Kapoor in 2013 film Besharam that starred their son Ranbir in the titular role.

Neetu Kapoor‘s post got a whole lot of love from her friends such as Karan Johar, Soni Razdan, Maheep Kapoor, Sonali Bendre and Manish Malhotra. Karan Johar, who is producing Jug Jugg Jeeyo, commented: “Neetu ji, we are all with you!” Soni Razdan, whose daughter, actress Alia Bhatt, is dating Neetu Kapoor’s son Ranbir Kapoor, wrote: “Wish you all the best, you’ll slip into it like a duck takes to water!” Neetu Kapoor’s daughter Riddhima and her Jug Jugg Jeeyo co-star Varun Dhawan also cheered for her in the comments section. 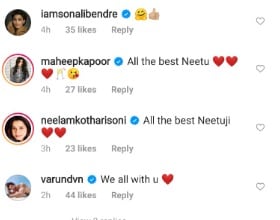 Anil Kapoor, who used to call his close friend Rishi Kapoor “James,” also shared an appreciation note for Neetu Kapoor that read: “So happy to have you back on set Mrs James! We all are here for you and have full faith that you’ll take the screen by storm again! I’m super excited to be a part of the #JugJuggJeeyo journey with you!”

So happy to have you back on set Mrs. James! We all are here for you and have full faith that you’ll take the screen by storm again!
I’m super excited to be a part of the #JugJuggJeeyo journey with you! pic.twitter.com/tnXzKes2mu

Producer Karan Johar shared this update from the sets of Jug Jugg Jeeyo:

Every elders blessing ….for a long and prosperous life #JugJuggJeeyo …the journey begins today…with your blessings….pic.twitter.com/KD5Faz0KKc

The film is being directed by Raj Mehta.