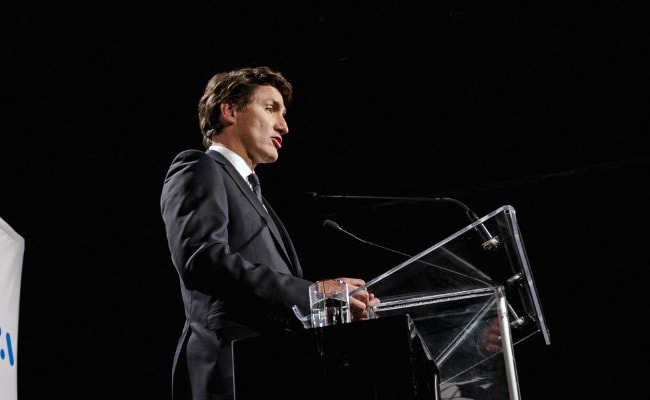 So Trudeau called a snap election for Sept. 20, hoping to earn his Liberal Party a ruling majority. Instead, his numbers dropped instantly, confounding many. With 12 days to go, he’s likely to end with a weakened minority government or even a humiliating defeat.

“The Liberals likely called the election thinking that they would be able to run on their pandemic record, bask in a vaccination halo and get ahead of the post-stimulus economic adjustment,” said Nik Nanos, an Ottawa-based pollster at Nanos Research Group. “That’s out the door now.” 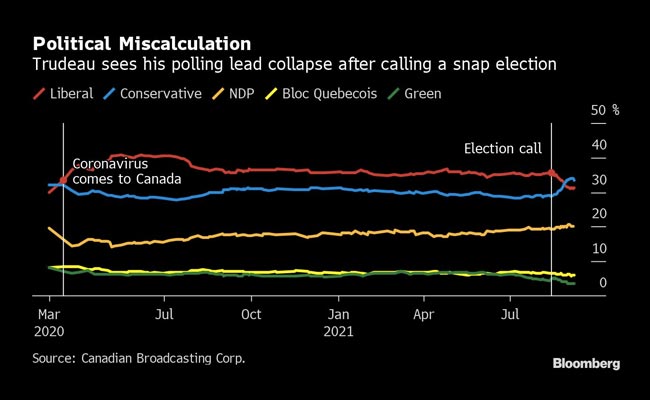 Analysts suspect a number of factors are at play in Trudeau’s potential downfall.

Many start with the mood of the electorate. They say voters feel taken advantage of by a politician seen to have turned a health crisis into a power grab. In one poll, nearly 60%said the country shouldn’t be having an election. Canadians are comfortable with a minority government and have no special desire to help the Liberals gain full parliamentary control.

Others point to tactical factors: On day one, Trudeau struggled to convey a clear message about his vision and the reason for the vote. On day two, O’Toole’s Conservatives released a platform focused on the economy and free of much of the party’s traditional ideological baggage.

Frustrated Liberals talk about an exhausted group of insiders burned out by the pandemic. They say the government has failed to replenish itself with new talent and yet came to the election with excessive self-confidence that led them to believe in the inevitability of victory.

“I don’t understand how they could have been so tone-deaf about the mood of the Canadian public, about peoples’ total preoccupation with Covid and some kind of return to normal,” said Peter Donolo, a vice chairman at Hill+Knowlton Canada who was communications chief to former Liberal Prime Minister Jean Chretien.

There are stories of Liberal officials returning from vacation only days before the start of the campaign, and local candidates short of volunteers.

Protesters raise their middle fingers at a Trudeau campaign bus in Bolton, Ontario on Aug. 27.