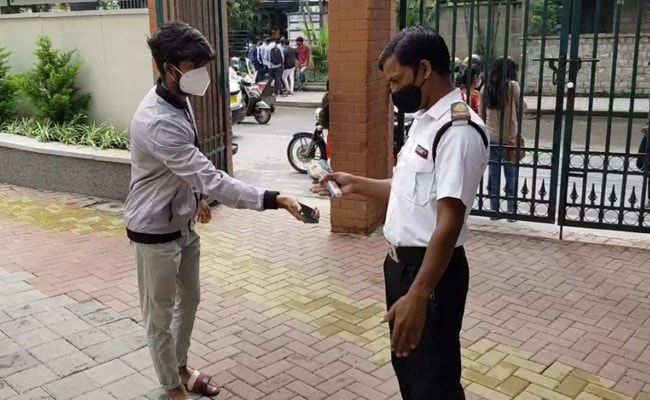 The Karnataka government has decided to keep the state’s schools and pre-university, or PU colleges – equivalent to classes 11 and 12 – closed at least till December end in view of the coronavirus pandemic.

“According to the opinion of education experts, we should not start any classes in schools or PU colleges till December end, and a decision should be taken after that. In the few engineering colleges that had resumed classes the attendance is under 5 per cent. So, we will meet against in December-end and take an appropriate decision at that time according to the (coronavirus) situation,” Chief Minister BS Yediyurappa said.

The decision to not reopen any schools and PU colleges in Karnataka was taken at a meeting where Mr Yediyurappa and Secondary Education Minister S Suresh Kumar met government officials from the education department on Monday.

The meeting was scheduled after taking suggestions from parents, health committee officials and educational experts.

The decision, which comes barely a week after the state decided to re-open degree colleges and other institutes of higher education after consulting experts, was taken amid fears of a second wave in Karnataka – the country’s second worst-hit state in terms of absolute numbers.

The number of coronavirus cases in Karnataka had declined in the run up to Diwali after a September surge of up to 10,000 cases a day. Although the number of new infections and active cases has been falling, there were more than 3,400 new COVID-19 infections over the weekend with state capital Bengaluru accounting for almost two-third of these, government data shows.

Karnataka has a total of 8.7 lakh coronavirus cases with 11,654 deaths.

Overall, India has seen more than 91 lakh COVID-19 infections since the January outbreak with 1,33,738 deaths.