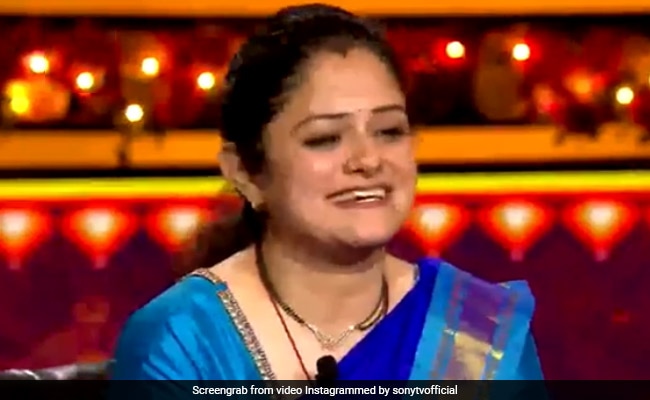 Tonight’s episode of Kaun Banega Crorepati 12 was quite special. Host Amitabh Bachchan welcomed the second crorepati of this season, IPS officer Mohita Sharma. As the show started, Big B continued the game with Mohita, who had played till 9th question on Monday’s episode. Without using any lifeline, she answered the question for Rs 3,20,000 with ease. She had used only one lifeline in the previous episode. Her knowledge about various subjects and style of playing the game sensibly left Amitabh Bachchan quite impressed. The Rs 1 crore question that made Mohita Sharma the second crorepati of this season was – “Which of these explosives was first patented in 1898 by German chemist Georg Friedrich Henning and first used in World War II?” The options were – HMX, RDX, TNT and PETN. The correct answer was RDX.

And we have the second crorepati of season 12! With the help of lifeline, #AskTheExpert and her profound knowledge, Mohita bags 1 Crore. We congratulate her on this historic win. @SrBachchan@SPNStudioNEXTpic.twitter.com/Mk6MrsGC8W

Meanwhile, also check out the Rs 7 crore question that Amitabh Bachchan asked on tonight’s episode – “Launched in 1817, which of these ships built by the Wadia Group in Bombay is the oldest British warship still afloat?” The options were HMS Minden, HMS Cornwallis, HMS Trincomalee and HMS Meanee and the correct answer was HMS Trincomalee.

Before Mohita Sharma, Nazia Nasim from Delhi had won Rs 1 crore in this season.

The next contestant to make it to the hot seat was Jwala Jit Singh, an Inspector from Gorakhpur, Uttar Pradesh. He revealed that he participated in the show to live up to his father’s expectations.

Meanwhile, also check out some of the questions asked on tonight’s episode of Kaun Banega Crorepati 12:

#Which of these acronyms stands for specialised unit of the Central Reserve Police Force?

#Which fundamental right did Dr Bhimrao Ambedkar call the “soul and heart of the constitution”?

#What is common to fire escapes, dishwashers and windshield wipers?

#Due to the annual migration of one million Amur Falcons in this region, which of the following has earned the nickname of the “Falcon Capital of the World”?