Kaun Banega Crorepati 12, Episode 38 Written Update: Amitabh Bachchan Recounts The Mandate He Got From His Father Before London Trip With Jaya – Unblendednews
Skip to content
Movies 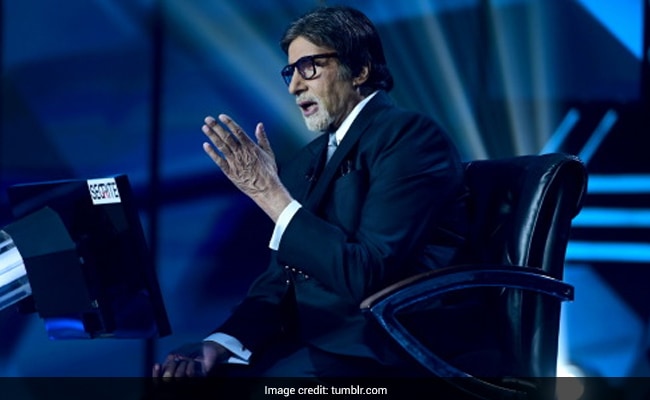 On Wednesday’s episode of Kaun Banega Crorepati 12, show host Amitabh Bachchan chanced upon a really chatty contestant. Jogesh Pandey, a dairy farmer from Maharashtra, was the second contestant on Wednesday’s episode. The roll over contestant Jwala Jeet Singh rom Nasik left with Rs 6.40 lakh. On the show, Jogesh Pandey said his engagement got postponed because of the coronavirus pandemic, which prompted Big B to ask him about his love life. Mr Bachchan had a good laugh when Jogesh said his parents aren’t aware that he speaks to his fiancee. Talking about marriage proposals, the contestant asked Big B to narrate his wedding story and he patiently did so.

Amitabh got married to Jaya Bachchan, his co-star of several films, on June 3, 1973. Mr Bachchan, who has several times opened up about his chat mangni pat vyaah with wife Jaya in social media posts, recounted the story yet again. Mr Bachchan said his 1973 film Zanjeer released around the same time he and Jaya decided to get married. After the success of Zanjeer, Big B planned a trip to London to celebrate the film’s success. But his father Harivansh Rai Bachchan gave the mandate that Big B can only take Jaya if they are married by then. Amitabh Bachchan said that’s how he had a “next day” wedding. Earlier, Big B had said that their wedding ceremony was completed before their flight to London on the night of the wedding day itself.

Jogesh Pandey went home with a prize money of Rs 3.20 lakh after incorrectly answering a question.

Meanwhile, here are a few questions from Wednesday’s episode of Kaun Banega Crorepati 12:

# Banabhatt, the author o Kadambari, one of the first novels in the world, served in which king’s court?

# According to the Valmiki Ramayana, who is the father of the demon Ravana?

# Which was Shah Rukh Khan’s first Hindi film to be released?

# Which state or union territory produces the highest amount of tea in India?

# Which of these us a saline water lake?

# Arrange the following steps of making an online order with a debit card in the correct order.

# Which language is said to be ‘a very phunny language’ in the film Namak Halal?