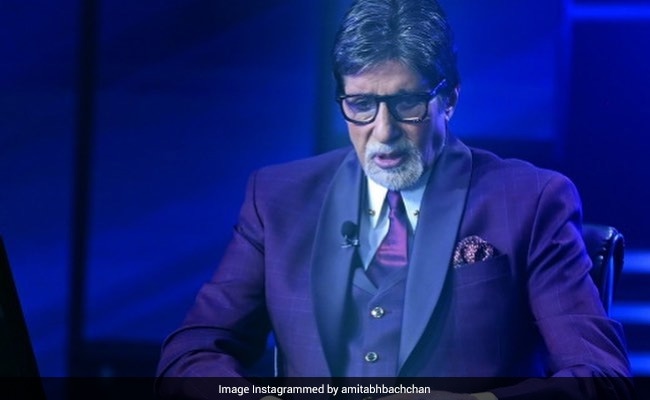 KBC 12: Big B in a still from the show. (courtesy amitabhbachchan)

In tonight’s episode of Kaun Banega Crorepati 12, Amitabh Bachchan hosted two contestants. He began the episode with yesterday’s roll-over contestant Ankush Sharma from Jammu. He went home with a prize money of Rs 25 lakh. The second player on the show was Hemlata Pavagari, who will continue to play on Friday’s episode. During the episode, Ankush opened up about his struggles in life. He opened about being diagnosed with Rickets during his childhood. On the show, he talked about his love for movies. He revealed that he is big fan of films.

During the course of the episode, he and Amitabh Bachchan talked about their love for movies. Ankush revealed that Shah Rukh Khan and Big B are his favourite actors. He added that the 2000 film Mohabbatein is one of his favourite movies. The show’s host Big B added that Shah Rukh Khan is a versatile actor and that he too enjoys watching his films.

Some of the questions asked on tonight’s episode were:

Which world leader won a Nobel Prize for Literature?

Which of the these countries has not hosted both the Summer and Winter Olympic games?

Which of these words is used for a person who seems to be able to read the minds of the people?

Kashmiri, Bhut Jholokia and Guntur are various examples of which spice?