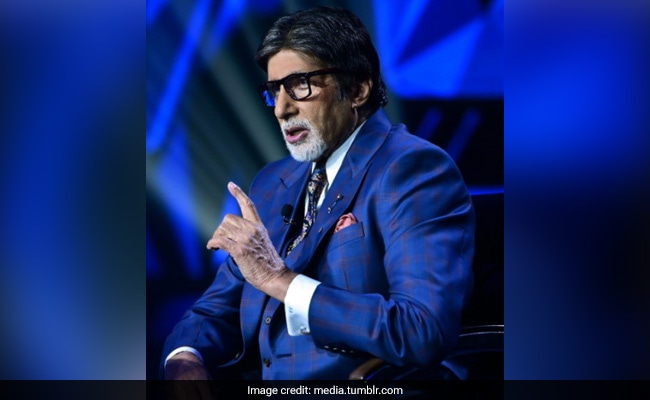 Amitabh Bachchan played with multiple contestants on Thursday’s episode of Kaun Banega Crorepati 12. The first was the roll-over contestant Tej Bahadur Singh, who went home with prize money of Rs 50 lakh. The second contestant was 23-year-old Mantosh Kashyap from Chhattisgarh, who works as a peon at the high court and started his career with a tea and samosa stall. Mantosh Kashyap, who still had life-lines left, left the game with Rs 3.2 lakh after incorrectly answering a question. One of the questions asked to Mantosh Kashyap on the show was about Shoojit Sircar’s movie Gulabo Sitabo, which starred show host Amitabh Bachchan and Ayushmann Khurrana.

Meanwhile, here are some of the questions from tonight’s episode of Kaun Banega Crorepati:

# Which regiment did Mangal Pandey, a key player in the Revolt of 1857, belong?

# Which of these dishes is generally made in three shapes – round, rectangle and triangle?

# On Windows computers, what is the purpose of the keyboard shortcut Ctrl+S?

# In Shoojit Sircar’s Gulabo Sitabo, what kind of relationship do the lead characters Mirza and Baanke share?

# In India, who can amend the fundamental rights of citizens?

# Who is the first pace bowler to take 600 wickets in Test Cricket?

# Located in district Bilaspur of Chhattisgarh, Devrani-Jaithani temples are dedicated to which God?

# Which of these Presidents of India has never served as the Vice President?

# Which two countries were declared the combined winner of the FIDE Online Chess Olympiad 2020?

Arun Kumar Jha was the third contestant on Thursday’s episode of KBC and he’ll continue to play on Friday’s episode. Watch this space for more updates on Kaun Banega Crorepati 12.