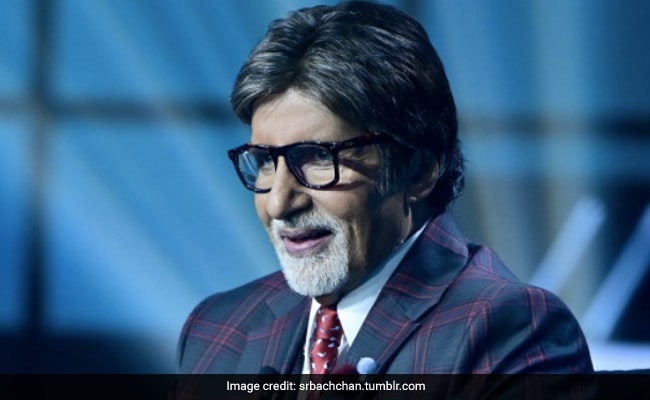 Host Amitabh Bachchan started the new week of Kaun Banega Crorepati 12 with a new set of contestants on tonight’s episode. After first round of Fastest Fingers First, Anil Kumar from Odisha made it to the hot seat. Born and brought up in Parsa Khurd village of Bihar, Anil Kumar is currently working as a station master in Indian Railways. Mr Kumar’s ROFL tales about his wedding and his chemistry with wife cracked Amitabh Bachchan up several times during the show. He told Big B how he ruined everything on his wedding day after getting drunk, after which Big B couldn’t stop laughing. The expert on tonight’s episode was Anand Kumar, an Indian Mathematician known for his Super 30 programme.

Anil Kumar took home the prize money of Rs 6,40,000. The next contestant to win Fastest Fingers First round was Rachna Trivedi, a Business Relationship Manager in Rajkot, Gujarat.

Meanwhile, here’s a sample of the questions you can expect on the hot seat if you are planning to participate in Kaun Banega Crorepati:

#Which railway station in Uttar Pradesh was renamed as Banaras Railway Station in 2020?

#Which of these authors used the pen names Nagarjuna in Hindi and Yatri in Maithili, respectively?

#What’s missing from the title of this Anil Kapoor-Sridevi movie: “Mr…”?

#Who was the first known Chinese traveller and chronicler to visit India?

#Which athlete won two Olympic marathon gold medals – one barefoot and the other in shows?