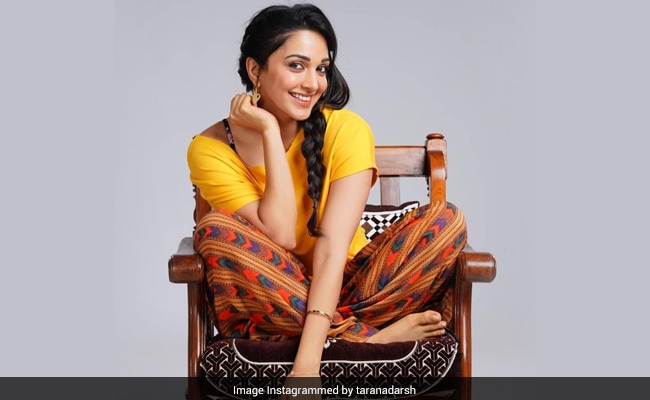 Actress Kiara Advani’s excitement spilled onto Twitter as she announced the big news about her new film Indoo Ki Jawani. While several upcoming big releases are taking the digital route, Kiara Advani confirmed that Indoo Ki Jawani will open in theatres. The film’s team have locked December 11 as the release date. “It’s happening! Indoo Ki Jawani in cinemas near you on December 11, 2020,” tweeted Kiara Advani. Within minutes, the hashtag “#IndooKiJawani” shot up the trends list on Twitter. Another film releases of December 11 but on Netflix – it’s none other than Sanjay Dutt’s Torbaaz.

It’s happening!!! #IndooKiJawani in cinemas near you on 11th December 2020 ?@AdityaSeal_#MallikaDua@AbirSenguptaa@monishaadvani@madhubhojwani@nikkhiladvani#BhushanKumarpic.twitter.com/BWuLabV07M

On Friday, trade analyst Taran Adarsh revealed that much delayed movies – Ranveer Singh’s ’83 and Akshay Kumar’s Sooryavanshi will release in theatres in the first quarter of 2021. He didn’t reveal the exact date of release but tweeted that both the films are likely to arrive in theatres before March 31: “All eyes on first quarter of 2021… Sooryavanshi and ’83 to release in cinemas next year (2021)… Both will release before March 31, 2021…Release dates not finalised yet.”

ALL EYES ON FIRST QUARTER OF 2021… #Sooryavanshi and #83TheFilm to release in *cinemas* NEXT YEAR [2021]… Both will release *before* 31 March 2021… Release dates *NOT* finalised yet. pic.twitter.com/EUPLSscPKA

Meanwhile, several big Bollywood movies were also re-released in theatres after cinema halls were allowed to operate with certain SOPs. Kedarnath, period drama Tanhaji, Shubh Mangal Zyada Saavdhan, Thappad, Malang and the 2019 hit War were on the list. As part of the Unlock 5 guidelines issued on September 30, the government gave the green signal to cinema halls, theatres and multiplexes, which were allowed to operate “with up to 50 per cent seating capacity” from October 15. The final decision, however, was left to the states involved. In Maharashtra, cinema halls opened earlier this month but were allowed to function at only 50% capacity.