“Kindly Mention It Was A Toy,” Tweets Raj Kundra On Report Claiming He Bought Son A Lamborghini – Unblendednews
Skip to content
Movies 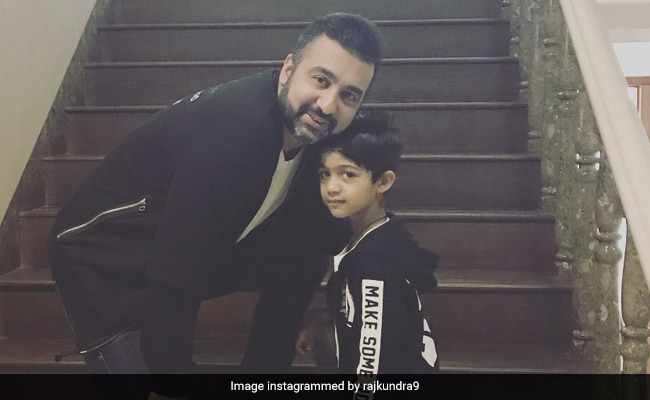 Businessman Raj Kundra, husband of actress Shilpa Shetty, shared a response to a magazine report that listed a Lamborghini he ostensibly bought for eight-year-old son Viaan – the report has now been taken down because, turns out, the car in question was a toy and not an actual Lamborghini. “Such a credible magazine but such a badly researched article,” Raj Kundra tweeted, “Kindly mention the Lambo was a toy Lambo car! #fakenews slow clap.” The report, now deleted, was titled “Rs 54 crore Dubai home to Audi cars, 7 super expensive gifts Indian celebrity kids have got from their parents.”

https://t.co/MVe3fx8Z2U such a credible magazine but such a badly researched article! Kindly mention the Lambo was a toy Lambo car! #fakenews slow clap

Shilpa Shetty and Raj Kundra married in 2009 and Viaan was born in 2012. The family recently welcomed a new addition – Shilpa and Raj’s baby daughter Samisha was born via surrogacy last February. Pictures from an outing in Mumbai this week have been trending – it was the first time paparazzi had been allowed to photograph little Samisha.

Some days ago, Shilpa and Raj shared this video featuring Samisha:

The Shetty-Kundra family flew to Goa in December for a holiday. Shilpa’s mother Sunanda and sister Shamita were among the holiday-makers. Raj Kundra shared this picture which includes baby Samisha in a pushchair:

Shilpa Shetty is known for her roles in films such as Baazigar, Dhadkan and Life In A…Metro. She produced 2014’s Dishkiyaoon and will be seen next in the films Nikamma and Hungama 2. Shilpa famously won a season of UK reality show Celebrity Big Brother after which she hosted a season of its Indian counterpart Bigg Boss. She’s much in demand as a judge on dance shows such as Zara Nachke Dikha and Nach Baliye. Since 2016, she has been judge on the talent show Super Dancer.