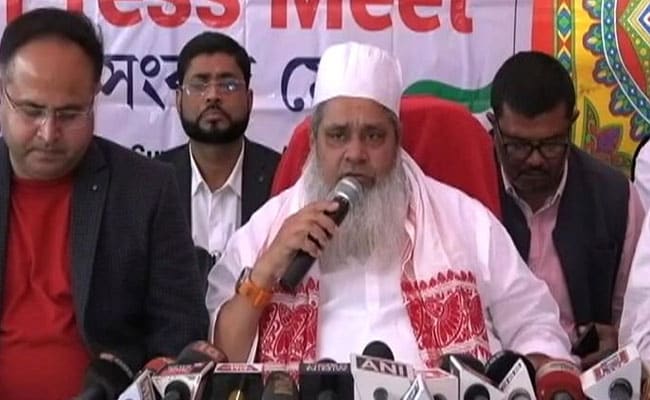 The Congress, which is leading the Grand Alliance or “Mahajoth” in Assam that has Maulana Badaruddin Ajmal-led AIUDF as a key ally, has claimed that a “Lakshman Rekha” has be drawn to “avoid communal posturing”.

“The AIUDF (All India United Democratic Front) is only one of our allies. We are seven other progressive parties in the alliance – the Anchalik Gana Parishad, Left and the BPF. Many more are coming. Had we joined any communal force, they would not have come. Even if the AIUDF creates any communal posturing in the future, we will not be with them. That is why a “Lakshman Rekha” has been drawn,” Congress Lok Sabha MP and the chairman of the party’s campaign committee Pradyut Bordoloi told NDTV amid attacks by the BJP.

The party’s claim that “boundaries have been set” comes at a time when Twitter suspended two accounts – Legal Rights Observatory, a legal rights organisation allegedly linked to the RSS, and Voice of Axom soon after Assam Police reported a manipulated video that was widely shared on social media.

The video was shared by these two accounts on Tuesday.

The purported video gives the impression that AIUDF chief Badruddin Ajmal said “the Congress-AIUDF alliance will turn India into an Islamic nation”.

Defending Badrudding Ajmal, Pradyut Bordoloi said: “We have never said that the AIUDF is a communal party. Unlike BJP, Ajmal does not spew religious venom. The AIUDF, of course, and always tries to take with a handholding attitude has tried to uplift their own community which is downtrodden and weak. But in the process, they have never spread any venom or hatred. They have never said anything about Hindus, to destroy mandir… They were working for the upliftment of their own community. That is not communalism. We are forming this alliance with a Common Minimum Programme”.

Badruddin Ajmal has been tagged by the ruling BJP as “communal” and the party has been questioning the Congress on its alliance.

Assam will vote for a new government in three phases starting March 27 and results on May 2. The state is expected to see a spirited fight this time between the ruling BJP, battling resentment over issues like the centre’s new citizenship law, and the alliance between the Congress and AIUDF. Making it a three-cornered fight are a clutch of new parties born out of the agitation against the Citizenship Amendment Act.