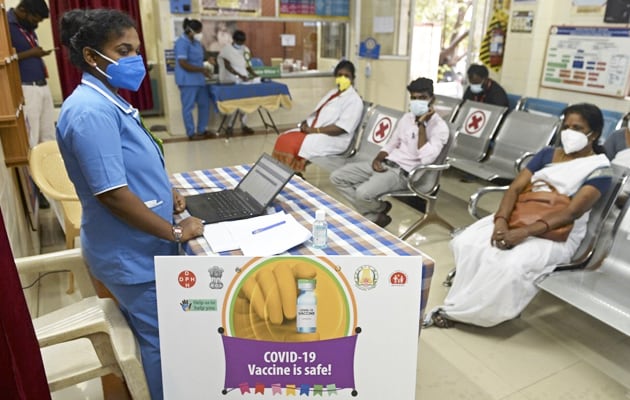 The coronavirus pandemic has killed more than 1.9 million people worldwide, according to a tally compiled by news agency AFP using official sources and information from the World Health Organization (WHO). The United States is the country most affected with more than 372,000 deaths, followed by Brazil (more than 202,000), India (over 150,000), Mexico (over 132,000) and the United Kingdom (over 80,000).

All the states in India have started preparing strategy for the inoculation drive ahead of India’s coronavirus vaccination drive that will begin January 16. Delhi became the first state to announce its schedule for Covid-19 vaccination for health care workers, who will be inoculated in the phase 1 of the vaccination drive.

Meanwhile, amid a deadlock in the government’s negotiations with protesting farmer unions, the Supreme Court is scheduled to hear today pleas challenging the new farm laws as well as the ones raising issues related to the ongoing agitation at Delhi borders. The eighth round of talks between the Centre and the farmer unions on January 7 appeared heading nowhere as the Centre ruled out repealing the contentious laws while the farmer leaders said they are ready to fight till death.

Here are the LIVE updates:

Coronavirus update: Production of Sputnik V vaccine to begin in Brazil on January 15

Brazil will begin manufacturing the Russian-developed Sputnik V vaccine against the coronavirus disease on January 15, according to the vaccine’s Twitter account.

“Brazil will start production of Sputnik V on January 15,” the account said.

Sputnik V, developed by the Gamaleya Research Institute of Epidemiology and Microbiology, was registered by the Russian Health Ministry on August 11, becoming the first registered vaccine against COVID-19 in the world.

The total number of Germany’s coronavirus deaths crosses 40,000 Sunday, as Chancellor Angela Merkel warns that worse is to come.

In her weekly video message Saturday, Merkel said the full impact of socialising over the Christmas and New Year’s period was yet to show up in the statistics.

French authorities said they were racing to contain the more infectious variant of COVID-19 first found in Britain, which has now been detected in France’s Mediterranean port of Marseille and in the Alps.

Marseille Mayor Benoit Payan said seven to eight people had tested positive for the new variant in the city, while tests were underway on 30 others who may also have been exposed to it.

“Right now, every minute counts in terms of preventing the spread of this English variant,” Payan said. The local health authority in the Hautes-Alpes region, home to many ski resorts which attract British visitors, said the variant had also been discovered there.