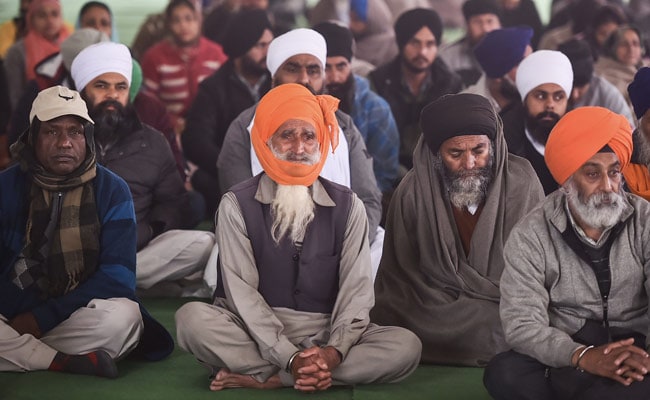 Latest News Today: The farmers have made this clear that “now is not the time for a committee”.

Amid a deadlock in the government’s negotiations with the protesting farmer unions, the Supreme Court will today deliver its judgment on petitions challenging the validity of the three farm laws enacted last September.

A bench, headed by Chief Justice SA Bobde, which indicated during the hearing that it may pass orders in parts on the issues concerning farm laws and farmers” protest, later uploaded the information on the website. “List these matters tomorrow i.e. 12.01.2021, for orders,” said the bench which also comprised justices AS Bopanna and V Ramasubramanian.”

The top court on Monday demanded the repeal of the three new farm laws, saying it was “extremely disappointed” with the negotiation process, and also expressed its inclination to stay the implementation of the acts. It asked the central government whether it would pause the three controversial laws at the core of massive farmer protests near Delhi, and suggested a committee for negotiations.

Meanwhile, the farmers – thousands of whom have been camped out around Delhi since late November – made this clear, as they did back then and in December, when they said “now is not the time for a committee”.

“While all organisations welcome the suggestions of the honourable Supreme Court to stay the implementation of the farm laws, they are collectively and individually not willing to participate in any proceedings before a committee,” the note released by the Samyukt Kisan Morcha – an umbrella body of around 40 farmer unions – late Monday night said.

Here are the LIVE Updates of the proceedings:

The Supreme Court bench on Monday heard a clutch of pleas challenging the new farm laws as well as the ones raising issues of citizens” right to move freely during the ongoing farmers’ stir. It indicated amply that it may go to the extent of staying the implementation of the contentious farm laws and refused to grant extra time to the centre to explore the possibility of amicable solution saying it has already granted the government a “long rope”.