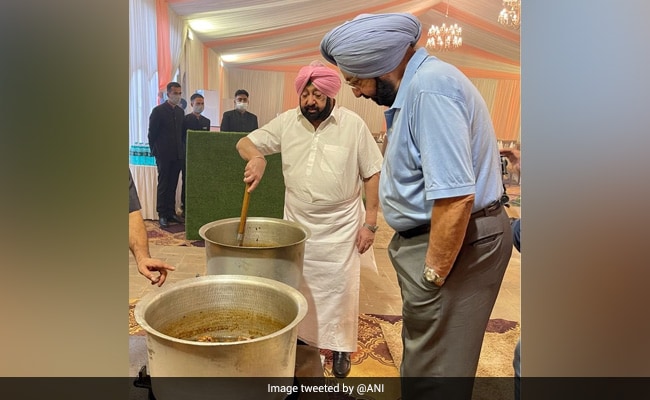 Not only did Amarinder Singh cook and supervise the proceedings, he even served the sports persons.

But it couldn’t have been anything less when the epicurean Maharaja of Patiala stirs up an elaborate fare for India’s newest batch of sporting royalty — the champions of Tokyo Olympics 2020.

Oh, did we forget the Murg Korma, the Dugani biryani, and the dessert, Zarda Rice? Apologies.

The spread clearly “exceeded” Indian men’s hockey captain Manpreet Singh’s expectations. And he already knew about the “Maharaja’s cooking”, according to a PTI report.

Privileged to have hosted our Olympians for dinner tonight. Thoroughly enjoyed cooking for them. May you continue to bring great laurels to the country. ?? pic.twitter.com/hI2ntXtZQs

“The food always tastes better if served directly from the cooking vessel,” the elegant host himself told the agency.

He got to it at 11 in the morning and was mostly done by around 5 pm, leaving a short window for the final touches and garnishing.

“But I loved every minute of it,” said the Chief Minister. “They (the sportspersons) worked so hard to win us glory. What I have done for them is nothing in comparison,” he said greeting the guests personally.

If you are wondering about the 79-year-old wearing out by evening after all the effort, you underestimate the fauji in him.

Besides, he was hosting a bunch of passionate go-getters and not just anyone. Fittingly, there seemed no hint of fatigue on his face as Mr Singh himself served gold medallist Neeraj Chopra.

“It was rich, but it was excellent food,” said the man who produced a second-round throw of 87.58 metres in javelin throw at Tokyo, stunning the athletics world.

Discus thrower Kamalpreet Kaur, who finished a laudable sixth in her first ever Olympic outing, was simply stunned by both, the food and the hospitality. 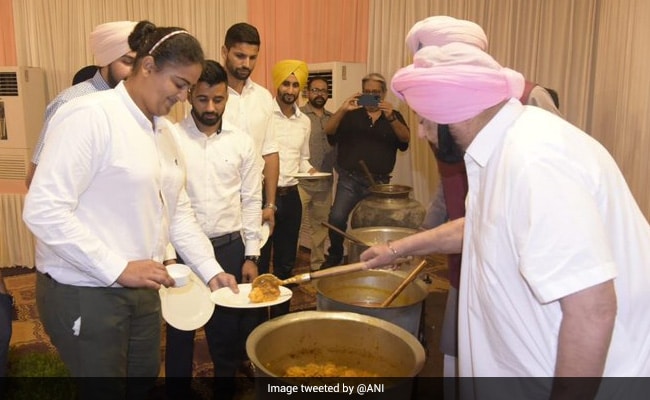 Some of the lucky others at the gala evening were members of the bronze-medallist hockey team, those of the women’s hockey team, which won praise for its gallant performance, race-walker Gurpreet Singh, and shooter Angadveer Singh Bajwa.

Going by the evening’s proceedings, it looks like Indian sportspersons will fire on all engines at the next Olympics in Paris. Just for an invite to the Maharaja’s banquet. Then there are the medals, too, of course.