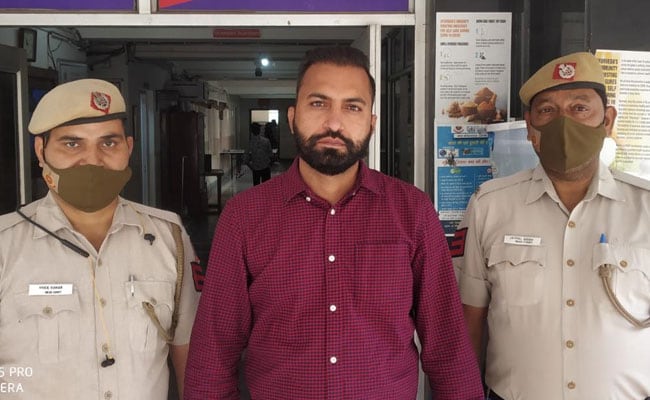 The accused has been identified as Manohar Singh, a resident of Rajasthan’s Pali district, police said.

A 35-year-old man who obtained his MBBS degree from Tajikistan was arrested in Delhi for allegedly making another person sit for an examination that would have made him eligible to practise in India, police said on Monday.

The accused has been identified as Manohar Singh, a resident of Rajasthan’s Pali district, they said.

Manohar Singh had registered himself for a Foreign Medical Graduates Examination (FMGE) conducted by the National Board of Examinations (NBE), an autonomous body under the Union Ministry of Health and Family Welfare, the police said.

This is a licentiate examination for Indians or overseas citizens of India who have completed primary medical qualification from other countries, they said.

The last FMGE screening test was conducted on December 4, 2020, and Manohar Singh was allotted a test centre at Mathura Road, the police said.

The result of the accused was frozen due to a mismatch between the photo on the application form and the one taken on the exam day. He was called for the verification of the face ID on February 3 but he did not turn up, they said.

“On Wednesday, Manohar Singh visited the NBE for the face ID verification. When the team verified the face ID with the photo taken on the exam day, it did not match,” Deputy Commissioner of Police (southeast) RP Meena said.

Later, he answered a question incorrectly, which aroused suspicion and he was taken to the police station, the officer said.

During interrogation, the accused told the police that he obtained his MBBS degree from Tajikistan and was trying to clear the FMGE for the last six years, the police said.

He met a doctor who offered to take the exam in his place for Rs 4 lakh and assured him that he would clear it. The doctor appeared for the exam in Manohar Singh’s place on December 4, 2020, they said.

Efforts are being made to trace the co-accused, they said.