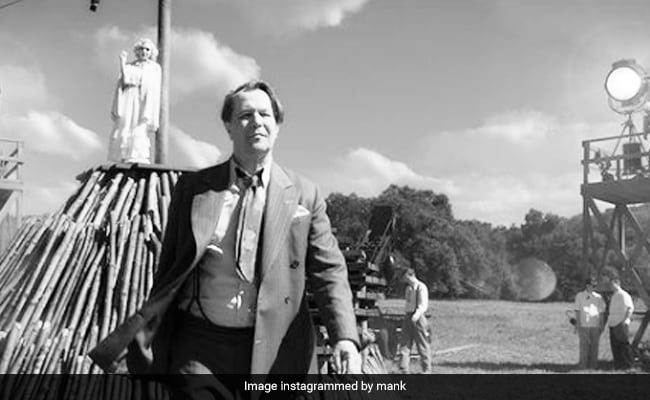 A touching, if not impeccable, tribute to the craft of the screenwriter, David Fincher’s Mank, streaming on Netflix, is a classy piece of cinema. It isn’t entertaining in the conventional sense of the term because that isn’t what it is looking to deliver. It focuses on the darkness around the glory and glamour of 1930s Hollywood. It tells the story of one man but weaves multiple thematic strands into it.

Shot in sumptuous black and white and performed to perfection by a wonderful cast led by Gary Oldman in the titular role, the period drama recreates Old Hollywood, where power and pelf frequently gave way to overarching ambitions that went way beyond the business of entertainment. The craftsmanship is unblemished. Mank vividly and precisely evokes an important era of American cinema, warts and all, through the lens of one the finest films that it produced.

The tone, which presumably stems from the screenplay that the director’s late father Jack Fincher wrote in the 1990s but did not live to see being translated into a film, is often tinged with a sense of regret. That is perfectly understandable. Fincher had to wait all these years because he did not budge from his decision to tell the Mankiewicz story in black and white. And viewed from the standpoint of screenwriters fighting for credit, how this story about the writer of Citizen Kane ends cannot but be close to the bone.

Mank is a Herman J. Mankiewicz biopic. It goes behind the scenes – pretty much in keeping with the shifting structure of Citizen Kane, the 1940-set film skips back and forth in the time-span of 1930 to 1933-1934 to portray Herman’s relationship with the studio bosses and other key Hollywood functionaries of the time.

In 1940, that is where the film starts, Orson Welles, a 25-year-old wunderkind (Tom Burke) is given a carte blanche by a struggling RKO Pictures to make whatever he wants and with whoever he wants. He engages Herman to write a screenplay.

Two of the key figures in Herman’s career are MGM’s Louis B. Mayer (Arliss Howard) and the studio’s head of production Irving G. Thalberg (Ferdinand Kingsley). Herman’s relationship with the two powerful men fluctuates, going from cordial to uneasy to hostile. The feisty screenwriter, however, enjoys a special bond with actress Marion Davies (Amanda Seyfried, better than she has ever been), mistress of media magnate Randolph William Hearst.

The Marion Davies character is a clinical summation of exactly what early Hollywood tended to reduce smart women to – dumb poster girls whose powers were determined by the men who controlled their lives and careers. Seyfried fleshes out the woman with flair and empathy.

Herman’s brother, film director Joe Mankiewicz (Tom Pelphrey), and, to a lesser extent, his wife Sara (Tuppence Middleton) serve as sounding boards in the personal sphere. John Houseman (Sam Troughton), Orson Welles’ friend and collaborator, does pretty much the same on the professional front. He plays the go-between as the Herman works on the Citizen Kane script in isolation in a private ranch over a couple of months in 1940. 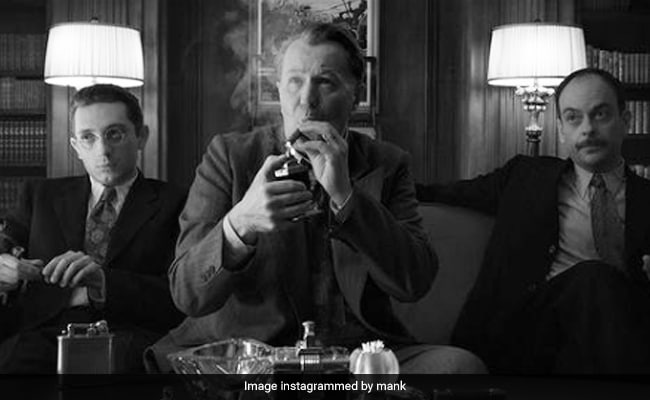 Houseman’s first reaction to the developing script is one of bafflement. “All in all, it is a bit of a jumble,” he says. “(It’s) a collection of fragments that leap around in time like Mexican jumping beans.” Herman’s replies: “Welcome to my mind, Old Sock! The narrative is one big circle like a cinnamon roll, not a straight line pointing to the nearest exit.”

As is obvious, Mank showcases the wit and genius of a man who despite being an integral part of Hollywood rarely seemed at ease with the people around him and the methods they employed to get things done. He does not tire of poking fun at the industry which, he says, wants the world to believe that “King Kong is ten stories tall and Mary Pickford is a virgin at 40”. The wisecrack points to an important element in the Mank narrative – the emergence of phony newsreels bankrolled by a studio to scuttle the chances of a socialist politician taking over as California governor.

Mank is equally about the 1941 film that continues to be regarded across the world as one of the greatest movies ever made, not the least because of its revolutionary narrative structure.

For Fincher, the personal and the political merge in the story that he brings to the screen. Mank is a probe into Hollywood of the 1930s and 1940s, an era of glamour, glory and sleaze. In his first film since 2014’s Gone Girl, he reflects upon the onerous task of producing an original screenplay.

The alcoholic Herman is literally in pain as his assignment begins. He has broken a leg in a car crash and has been advised to stay off liquor. He is on a crunched deadline. As he convalesces, he dictates the screenplay to a young assistant, Rita Alexander (Lily Collins), who initially has reason to presume that the man she is working for isn’t particularly likeable. And then there is a thaw in the relationship. 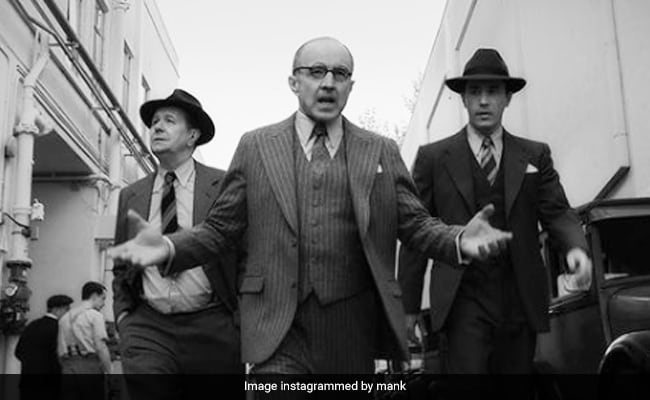 Mank Movie Review: It is a Herman J. Mankiewicz biopic

Herman invites trouble by choosing to base his screenplay on the life of Hearst, to whose mansion he has free access. The Hearst home, San Simeon, is the site of one of the film’s most important scenes in which a completely sloshed Herman first talks about a modern Quixote as a newspaperman tilting at windmills.

The California gubernatorial election of 1934 is woven into the film for the purpose of providing a glimpse into how tangled democracy can get when dream factory power brokers use the communication means at their disposal to run down a candidate that they detest: in this case, the socialist writer-turned-politician Upton Sinclair.

Gary Oldman is 62. In 1940, Herman J. Mankiewicz was 33. It is fascinating to watch the veteran actor pull off the role of a man half his age. Oldman’s articulation of measured but stinging cynicism is exquisite. Here, the contribution of the screenplay cannot be overstated. It ensures that one’s mind is never on the man’s physical appearance and deportment. It is the substance at its heart and the sustained quality of the acting that make Mank the film that it is.