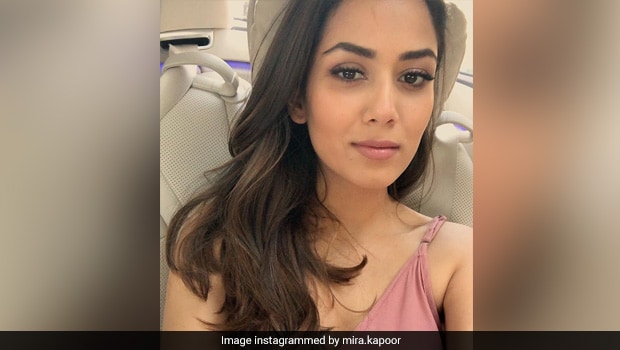 Mira Kapoor made a healthy and nutritious wrap at home.

Mira Kapoor is one celebrity who doesn’t shy away from showing her foodie side. From healthy salads to Sindhi food – there’s no end to the number of gluttonous indulgences that she tries her hands at. Mira Kapoor’s food prowess is not just limited to eating a number of delicacies, but she also gets cooking in the kitchen every now and then. The dishes that Mira Kapoor prepares herself are healthy, colourful and absolutely delicious. The diva took to Instagram to share a yummy and satiating barley wrap that she prepared at home. Take a look at her story: 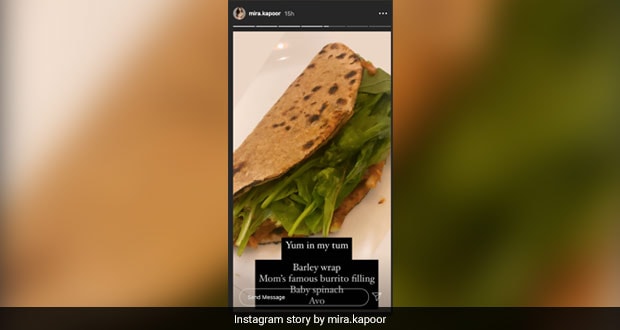 Mira Kapoor made a wrap filled with nutrition and goodness.

“Yum in my tum,” wrote Mira Kapoor describing the wrap that she prepared. The interesting and unique wrap was made with barley flour, also known as jau. The filling inside the wrap was made by Mira Kapoor’s mother, Bela Rajput. Kapoor explained in her post how the burrito filling was actually her mother’s famous preparation. The wrap was then topped up with baby spinach leaves and fresh avocado.

Mira Kapoor’s healthy barley wrap was indeed loaded with good taste and nutrition. Firstly, the wrap itself was made with a healthy barley flour which is enriched a number of fibres. These help the body stay fuller for longer, thus aiding weight loss in the long run. Baby spinach is also a nutritious vegetable with Vitamin K and Magnesium – essential nutrients for bone health. Avocado also offers a wide range of vitamins and minerals, as well as healthy fatty acids which are vital for the body and heart health.

Kudos to Mira Kapoor for whipping up such a healthy and tasty wrap at home! We hope to see more such interesting and delicious recipes from the culinary whiz.