MS Dhoni Savours Strawberries From His Farm, Says “There Won’t Be Any Left For Market”. Watch | Cricket News – Unblendednews
Skip to content
Cricket 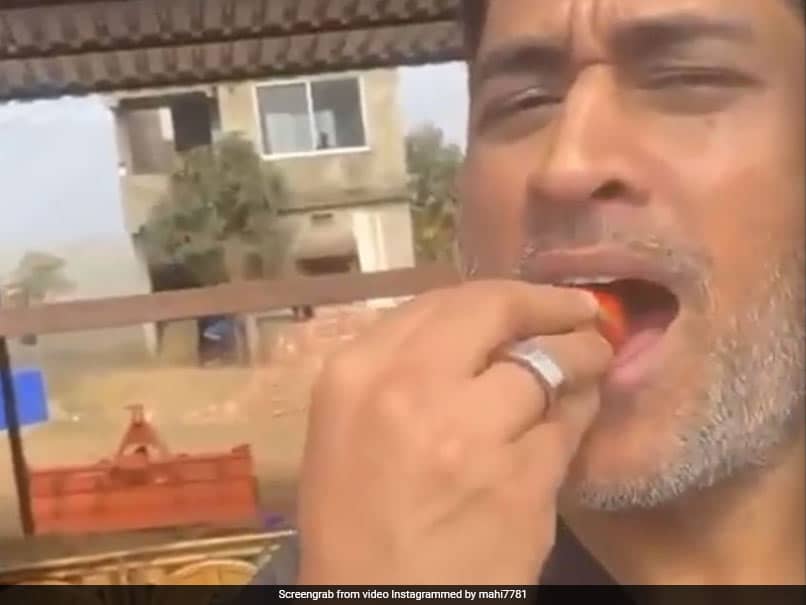 MS Dhoni was seen breaking a ripe strawberry from a growing bunch at his farm, before eating the fruit.© Instagram


MS Dhoni was seen breaking a ripe strawberry from a growing bunch at his farm, before eating the fruit in a video uploaded by the cricketer on social media. “If I keep going to the farm there won’t be any strawberry left for the market,” read the caption on the video uploaded on Instagram. Dhoni was last seen on the cricket field during the 13th edition of the Indian Premier League (IPL). The 39-year-old led the Chennai Super Kings (CSK), who failed to make it to the playoffs of the edition.

Dhoni is one of the most successful captains in the history of the cash-rich league. CSK won the title three times under the leadership of the cricketer, in 2010, 2011 and 2018. He has played a total of 331 T20s in his career so far, which includes 204 IPL matches for the Chennai-based franchise.

Dhoni retired from all forms of international cricket in August 2020, having made his international debut for India in 2004. The 39-year-old made his debut in an ODI match against Bangladesh, registering a golden duck.

The 39-year-old ended his career as the wicket-keeper who registered most dismissals for the Indian team across all formats of the game. Dhoni led India to title wins in the 2011 World Cup, 2007 T20 World Cup and 2013 Champions Trophy.