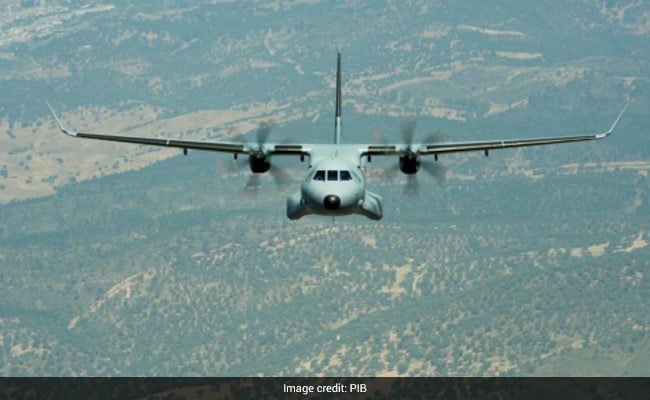 The C-295MW has contemporary technology and will be installed with indigenous Electronic Warfare Suite.

The government today approved a deal with Airbus Defence and Space of Spain to buy 56 C-295MW transport aircraft, replacing Indian Air Force planes inducted some 60 years ago. Cleared by the Cabinet Committee on Security, the contract will involve the Tata consortium manufacturing most of the units.

The military transport aircraft will replace the ageing Avros of Indian Air Force, according to a Press Information Bureau release. This could potentially cost between Rs 20,000 crore and Rs 21,000 crore, although it will depend on the exchange rate, sources said.

Sixteen C-295MWs will be delivered in flyaway condition from Spain within 48 months of signing the contract while the Tatas will make 40 of them within 10 years, according to the release.

“This is the first project of its kind in which a military aircraft will be manufactured in India by a private company,” it said.

The C-295MW has 5-10 tonne capacity and boasts contemporary technology with a rear ramp door for quick reaction and para dropping of troops and cargo, the release said.

Avro, the aircraft it is likely to replace, is a twin-engine turboprop, military transport and freighter of British origin. It has a capacity of 48 paratroopers or six tonnes freight and a max cruise speed of 452 kilometres per hour. It was inducted into the Indian Air Force in the early 1960s.

“All 56 C-295MWs will be installed with indigenous Electronic Warfare Suite. The project will give a boost to aerospace ecosystem in India Warfare Suite,” the release said.

It will also spur the Centre’s Atmanirbhar campaign, offering a unique opportunity for India’s private sector to enter the technology-intensive and highly competitive aviation industry, the government has said.