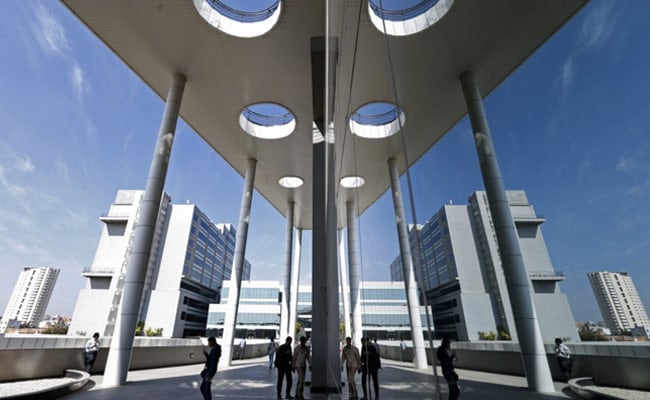 The company’s stock has rallied about 70 per cent, most among India’s four largest outsourcing firms

In the five months since he took over as chief executive officer of Wipro, Thierry Delaporte has yet to visit the Indian outsourcer’s Bangalore headquarters once. Instead, the 53-year-old has been on a virtual tour from his home in Paris, meeting with managers, workers and customers around the globe.

He’s trying to turn around the struggling business without letting the Covid-19 pandemic slow him. Mr Delaporte slashed the top ranks of leadership from 25 people to four. He stepped up acquisitions, with more on the way. Mostly, he focused his attention on customers, meeting with 130 over video conference and helping to land new multi-year contracts with clients in the U.S. and Europe.

The company’s stock has rallied about 70 per cent since his appointment, most among India’s four largest outsourcing firms during that period. It’s a rare victory for Wipro, but one the veteran of France’s Capgemini SE is determined won’t be its last. He hopes to get Wipro back on track after years of tumult and stagnating financials.

“There’s a particular momentum in the industry just now, and I want to drive that urgency to put Wipro back where it belongs,” said Mr Delaporte, speaking from Paris in his first interview since assuming the CEO post. “I know I’m good at one thing – getting things done.”

Wipro needs more than enthusiasm. The company, majority owned by billionaire Azim Premji has lagged its peers for years. In the fiscal year ended in March, revenues rose 3.9 per cent in constant currency terms, compared with 9.8 per cent at Infosys Ltd. and 7.1 per cent at Tata Consultancy Services — even though both are far larger. HCL Technologies, which displaced Wipro as the third-largest in the industry two years ago, grew 17 per cent.

Delaporte’s predecessor, Abidali Neemuchwala, took over in 2016 with similar ambitions. He departed after a turbulent four years and falling well short of a target to build Wipro into a $15 billion company by 2020. (Its revenue for the year ended in March was $8.1 billion.)

“Thierry seems to have the vision and the commitment, but he has an absolutely daunting task,” said Vasupradha Srinivasan, a senior analyst at Forrester Research Inc. 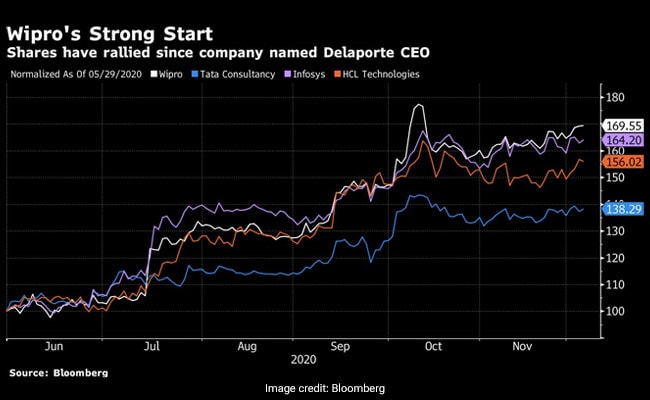 Mr Delaporte, whose hobby is long-distance running, is realistic that any turnaround will take time. But, he argues, the business is actually simple: Obsess over helping your clients and the rest will follow.

“We know what we need to do to make it work,” he said, from an office whose walls are adorned with paintings. “In my Year One, we’ll accelerate growth; in Year Two, we’ll be at the growth level of our competitors; and in Year Three, we will outdo.”

The company has also stepped up its acquisitions. He says he has signed more deals in the past five months than in the previous five years — and plans to keep going.

“I am confident you will see a bolder and a more ambitious Wipro as we move ahead,” said Rishad Premji, the company’s chairman.

Picked from a crowded field of candidates, Mr Delaporte was a surprise choice. The Frenchman is the first CEO of an India-based outsourcer who’s not of Indian ethnicity, a cultural shift that reflects the industry’s transition.

The business used to be simple, pay-by-the-hour labor arbitrage where Indian firms could substitute their own workers for more highly compensated tech staff in the U.S. and Europe. Now firms need to deliver innovation and strategic insights, helping their customers figure out new ways to capitalize on cloud computing, data analytics and artificial intelligence. The challenge of that new mission is reflected in industry growth rates that were once regularly in double digits and have since crashed.

The coronavirus hammered the business this year. Lockdowns forced companies to schlep computers and backup batteries to workers’ homes.

Yet the pandemic could prove to be a boon. Companies are stepping up their spending on technology and the largest outsourcers are reporting a faster-than-expected recovery. Wipro had stopped making revenue forecasts this year, along with the rest of the industry, but has since restarted, projecting 1.5 per cent to 3.5 per cent sequential growth in the current quarter.

“Though it hasn’t always been the case in the past,” said Mr Delaporte, “we’ll deliver on our forecast.”

When he needs to think or wind down, Mr Delaporte puts on his running shoes and hits the streets of Paris, clocking about 40 kilometers every week. “When I run more and more, I’m clearer in my mind,” he said.

That’s helped give him clarity on the tenuous nature of his place at Wipro, even with a five-year CEO contract.