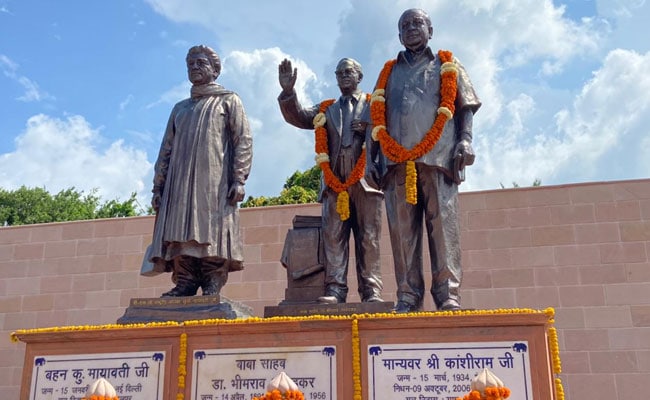 Former Uttar Pradesh Chief Minister Mayawati, campaigning today for elections in the state next year, promised a big change from her last stint in power – no statues, memorials or parks.

“We do not need to make any new monuments or parks in the name of those who were our guiding lights – we have already done it thok ke bhaav (wholesale) in our previous terms,” Mayawati said, addressing a gathering in Lucknow.

“If I form the government again I will not concentrate on statues or memorials or parks but in governing the state to the best possible ability,” said the Bahujan Samaj Party (BSP) leader to cheers that were loudest for this part of her 30-minute speech.

This is not the first time she has vowed to swear off ostentatious memorials dedicated to herself. The four-time Chief Minister had made a similar promise to voters in 2016, before the last state election.

As Chief Minister, Mayawati commissioned parks and sprawling monuments with giant statues of herself, BSP founder Kanshi Ram and elephants (her party’s symbol) in the name of “Dalit pride”.

Unfazed by accusations of megalomania and self-promotion, Mayawati ordered the extravagant projects costing crores of public money. Her government, according to the Lokayukta or anti-corruption ombudsman in Uttar Pradesh, spent Rs. 1,400 crore on memorials.

Mayawati lost power in UP in 2012 to rival Samajwadi Party of Akhilesh Yadav. Her party has not quite recovered lost ground since then, its performance consistently poor in state and national elections.

This time, she is trying to revisit an old formula that once brought the BSP immense electoral success. Since June, she has held a series of meetings to reach out to Brahmins. Today’s meeting was a rechristened version of what started as the party’s “Brahmin Sammelans” two months ago.

“When we form the government with an absolute majority in 2022, we will implement our policy of ‘sarvajan hitaay sarva jan sukhaay (benefit for all, peace for all)’ as we did in 2007. At the time, we did not just look after the interests of Dalits and backwards but also of those from the upper castes. Our party is not for one caste or religion… it is a party for all sections of society,” said Mayawati.

Brahmins are estimated to be about 11 percent of Uttar Pradesh’s population and have traditionally played major roles in politics and power equations in UP.