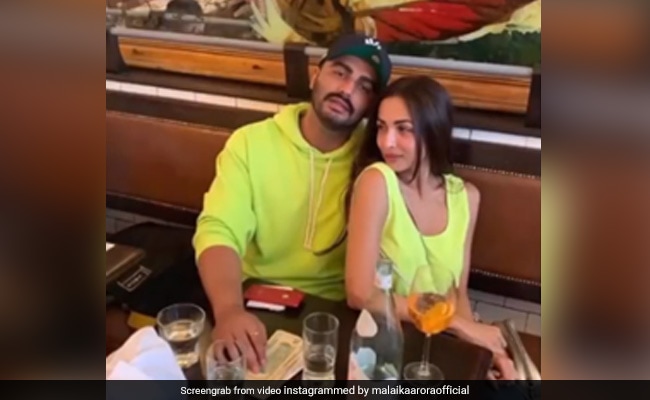 Malaika Arora’s Thanksgiving post was all about love. The actress shared a special video on Saturday, which had pictures with the people in her life that she is grateful for. Among them was her boyfriend Arjun Kapoor (who appeared thrice in the video), her parents, her sister Amrita Arora, her son Arhaan and her pet dog Casper. The video also featured her BFFs Kareena Kapoor, Karisma Kapoor and Mallika Bhatt. Sharing the video on her Instagram profile, Malaika Arora wrote in her caption: “Thanksgiving is one fine opportunity to shower your love and gratitude on the whole world. This Thanksgiving, that’s exactly what the world needs… Love, kindness and gratitude. While the entire mankind has suffered immeasurably this year, there still are things to be thankful about.”

Malaika Arora, who tested positive for coronavirus in September and recovered a month later, also thanked doctors and the “healthcare workers for their tireless efforts.” She also thanked her family and friends that “stood by us like rocks in these testing times.” She added, “Thanks to our farmers who ensured we had food on our tables…and many, many more. Only once you start to think about it, will you realise that despite 2020 being an unbearable year, there were plenty of important elements that made it more than bearable for us…they helped us survive it and that’s what matters. Happy Thanksgiving to everyone.”

Malaika Arora flew to Dharamshala to celebrate Diwali with Arjun Kapoor, who is shooting for Bhoot Police. Malaika Arora and Arjun Kapoor frequently feature on each other’s social media profiles and often make public appearances together. They made it Instagram official on Arjun’s birthday last year – Malaika Arora shared an adorable picture on her Instagram with an equally adorable message for the birthday boy.

Malaika Arora is best-known for her dance performances to songs such as Chaiya Chaiya, Munni Badnaam Hui, Anarkali Disco Chali and Hello Hello among others. She featured as one of the judges in the dance reality show India’s Best Dancer.